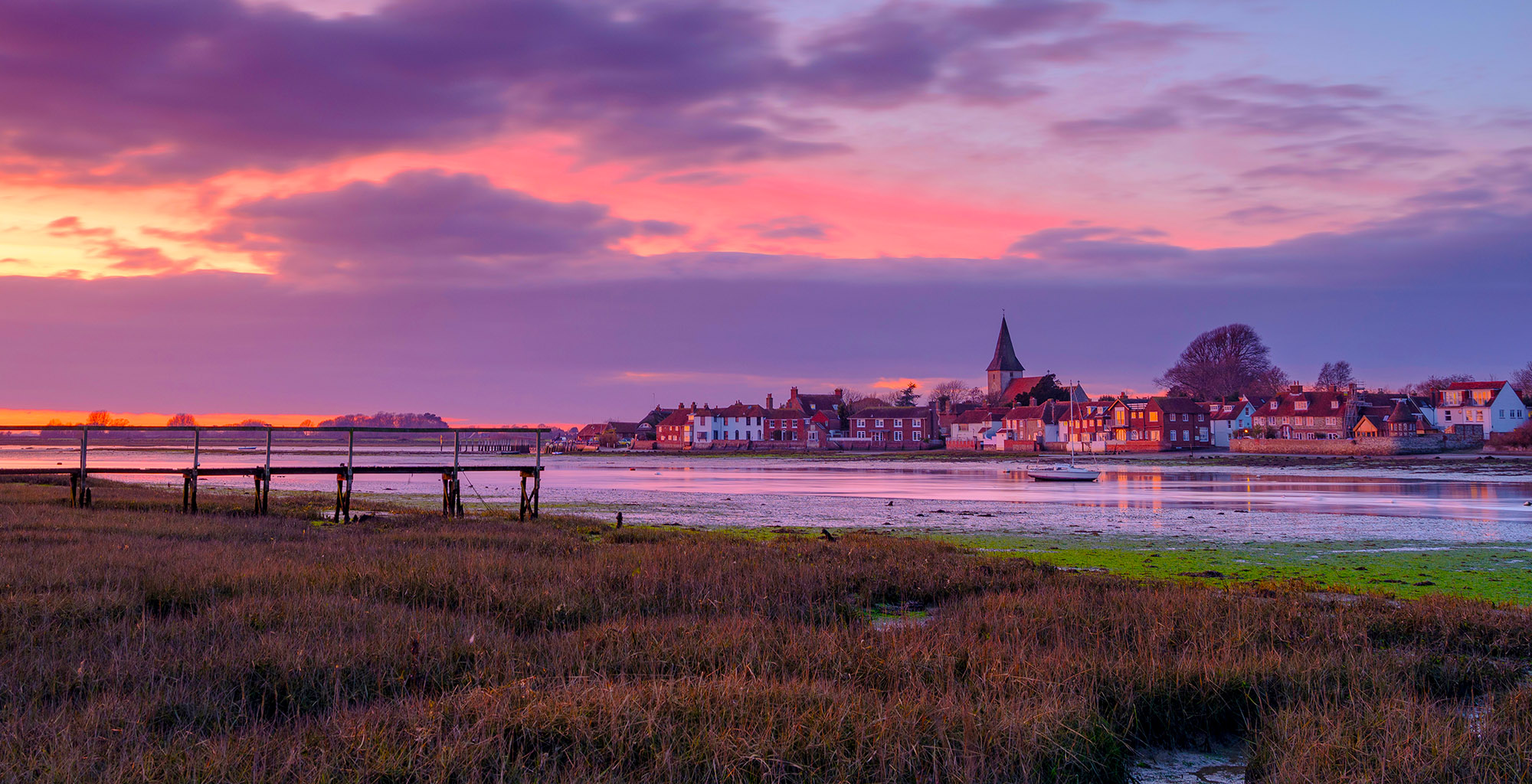 Following last week’s Election result and Boris Johnson’s landslide victory, we evaluate what the result may mean for the property market as we head into 2020.

Leading up to the General Election the property market had gone into somewhat of a hiatus, with only a hardcore of opportunistic buyers remaining active whilst other buyers adopted a ‘wait and see approach’.

This lethargy is reflected in Rightmove’s latest asking price data, which recorded asking values falling by 1.3% in November and of note, saw a 14.9% drop in new sellers entering the market – the largest fall recorded since August 2009.

With the exception of October, asking prices have been falling across the UK over the last four months. The big question now is will this trend continue or are market dynamics once again about to change?

Using the financial markets as one barometer, the Election result will be welcome news by many sectors, as evidenced by the sharp rise in Sterling against other currencies and equities rallying the day after the result. Housebuilder share values have been boosted, with Barratt Developments Plc for example seeing a rise of 14% the day after the result and a subsequent share price at a 52 week high.

Politics and Brexit aside, the property market akin to other market sectors has been craving for clarity and confidence, and the absence of this has held back investment levels and key decisions on significant asset purchases such as housing.

The festive break is likely to continue the traditional slowdown in the market, but there is now every reason to believe that the market will see revived transaction activity in the New Year.

As is always the case, changing market conditions bring both fresh opportunities and threats. A number of the Conservative party’s manifesto pledges directly link to the housing market. 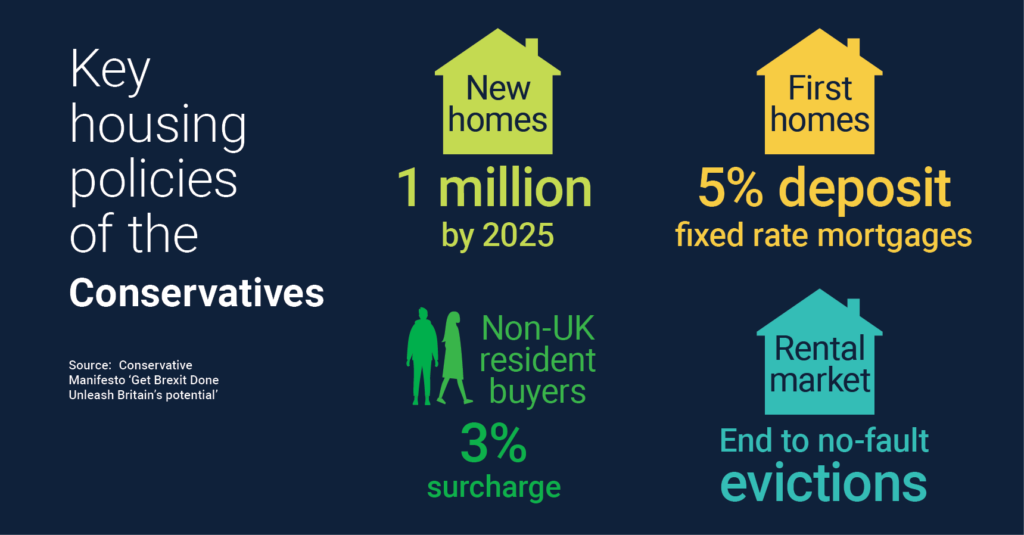 These pledges include increasing housebuilding, supporting first-time buyers and maintaining ‘Right-to-Buy’, leasehold reform and reforms to the rental market including ending no-fault evictions and the introduction of so-called ‘lifetime’ deposits.

Non-UK resident purchasers may now face a 3% additional taxation levy, up from the 1% mooted by Theresa May.

As a result, we think it is likely that international buyers will be active in the New Year. Many will have already locked in attractive foreign exchange rates and the perception that prices and Stamp Duty levels may be about to rise, is likely to stimulate this group of buyers into progressing plans sooner, rather than later.

London is likely to be the primary beneficiary and history has shown us that whilst the capital is traditionally first to see price falls, conversely, it has been the first to see values rebound. 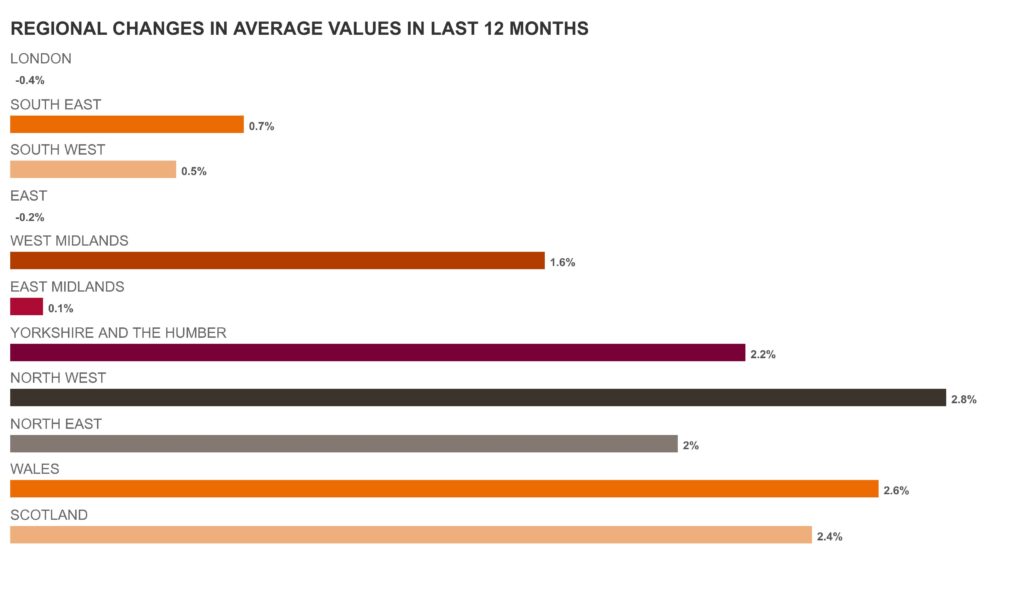 Whilst there is already talk of resurgent prices in the New Year, affordability is likely to remain a constraint in many locations and as such, we expect price movements to remain polarised. The trend seen in the north this year is quite likely to continue in 2020. Price earnings ratios remain behind the national average in many northern locations and affordability in relative terms remains good.

There is every reason to believe that as pent up demand ripples into the market, activity levels will be further buoyed in 2020 and market conditions are therefore likely to be healthy.

The biggest threat to the market in the short term may well become a standoff between reinvigorated sellers’ and buyers’ differing views on what constitutes fair and reasonable value. Many buyers will have renewed levels of confidence to progress plans, but certainly in the short term, will remain price sensitive.