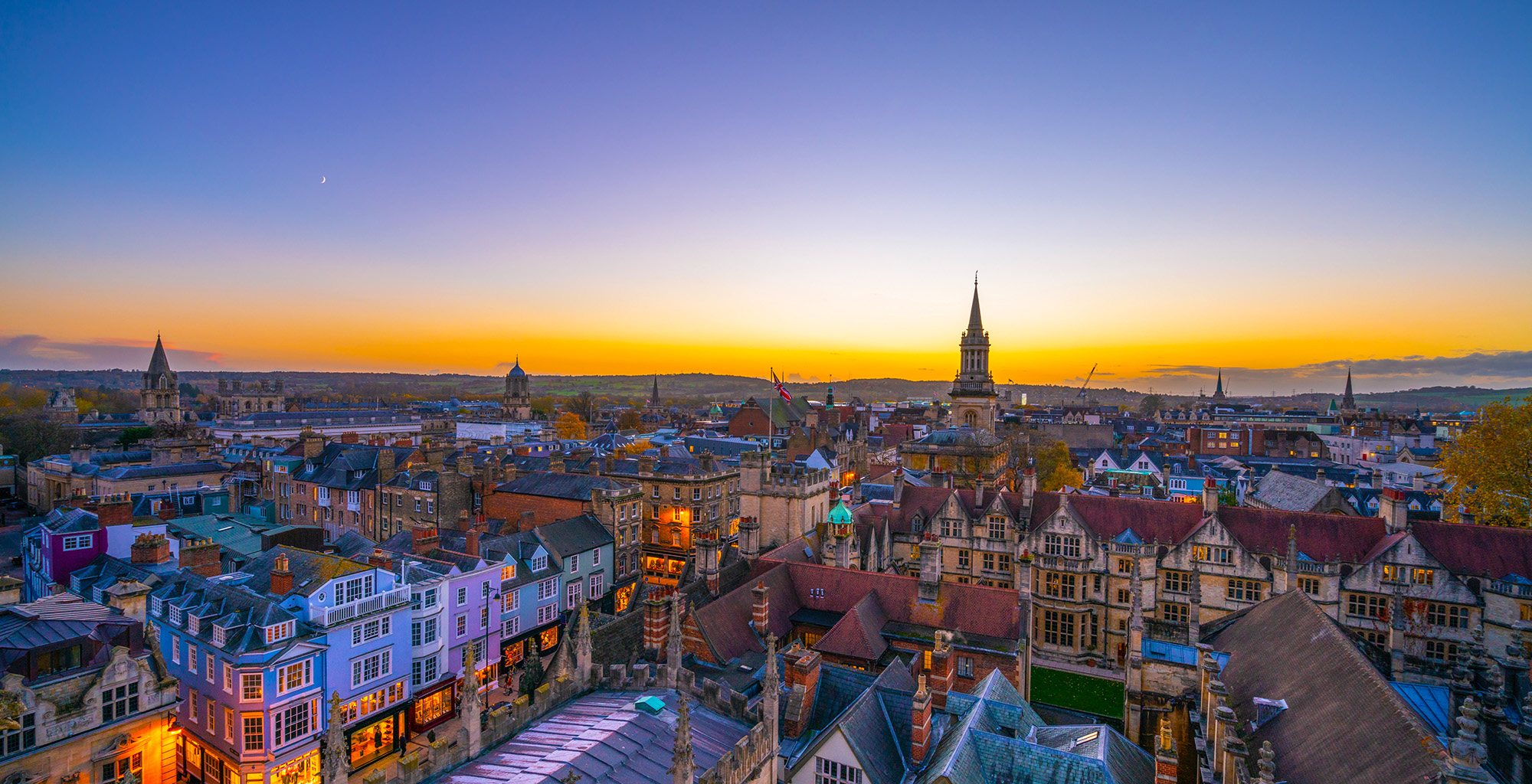 Prevailing market conditions at the start of the year have been in stark contrast to those seen at the end of last year. Once cautious buyers, who were holding back plans until there was greater clarity in the political landscape, have returned to the market in droves, as they sense that there is now sufficient stability to progress their property decisions.

Garrington has just experienced one of its busiest Januarys in ten years; both in terms of new searches and in purchases being agreed on behalf of clients.

This trend appears to be widespread, with the latest House Price Index from Rightmove recording a 2.3% surge in asking prices, which is the highest jump ever recorded at this time of year.

In addition to this, new buyer enquiries have risen 15% year-on-year and there has been a 7.4% growth in the number of sales agreed since the election result. 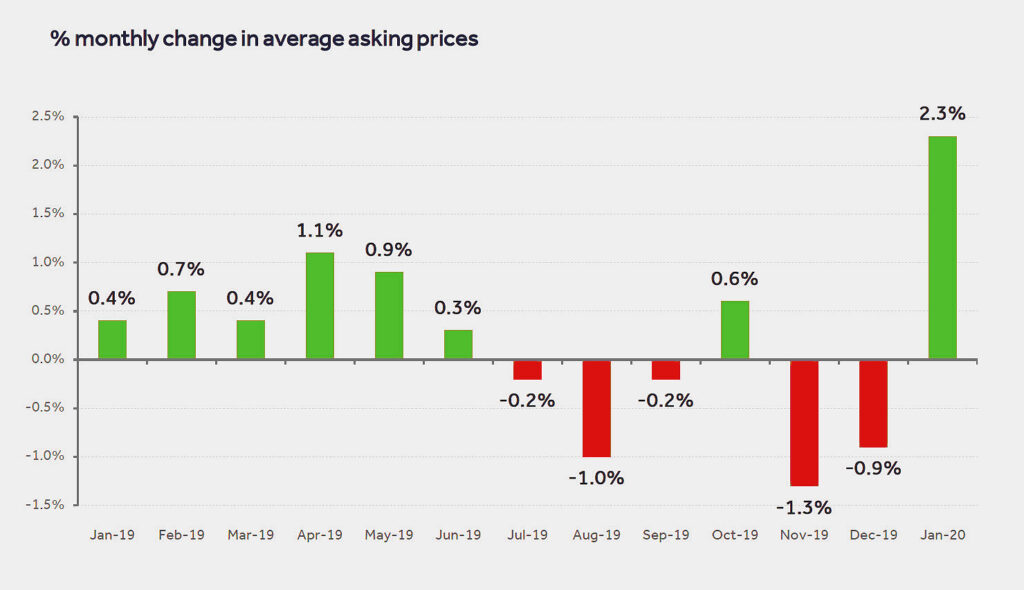 The so called ‘Boris bounce’ has also been confirmed by sales data from Nationwide. Their January data records price growth rising at its highest rate for 14 months, with national average values increasing by 0.5% in January, taking the annual rate to 1.9%.

Near term and longer term forecasts

The latest data underlines a real switch in market dynamics, but as Garrington has reported previously, the picture is more complex by virtue of the tapestry of micro markets that exist in the UK, each with its own facets.

Research from Hometrack suggests that the prospects for 2020 ranked by City vary enormously. The following graph shows Edinburgh, Nottingham and Leicester as having the current highest rates of price growth. 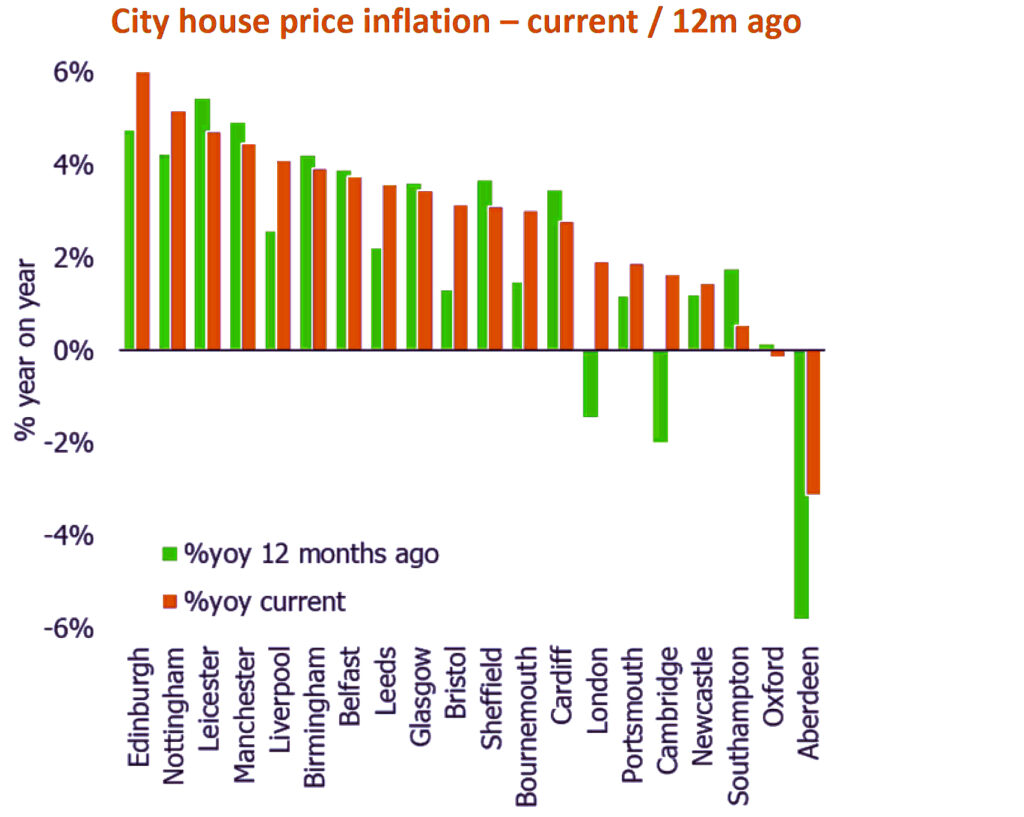 Demand for property is reported as being 26% higher this year than last year. In the near term, the research predicts that Sheffield, Leeds and Leicester will experience the highest demand bounce over the coming months. This is driven by the relative affordability of these locations and underlying strength of their local economies. 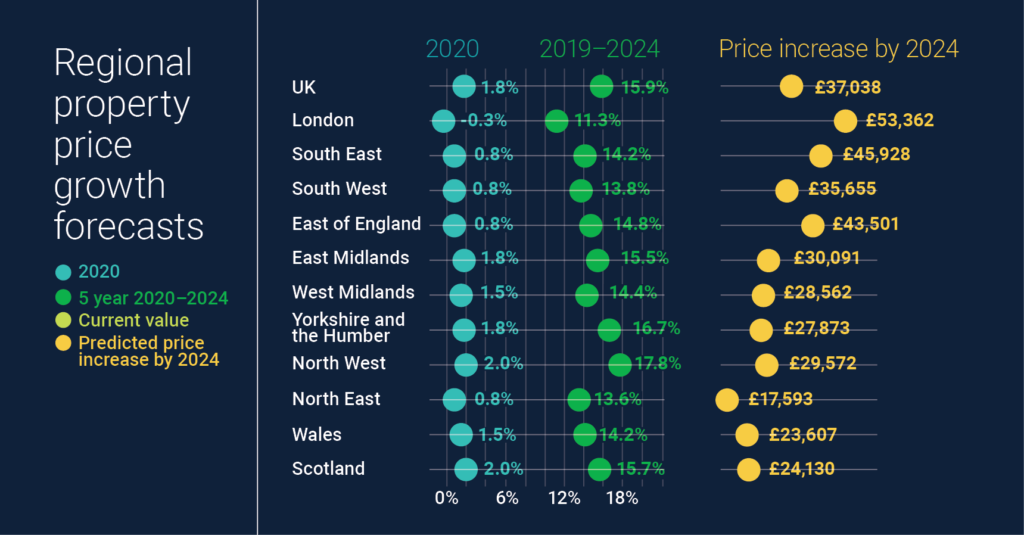 Market forecasts such as these are further supporting confidence and investment into these locations.

The combination of pent up demand, low levels of property for sale and an increase in consumer confidence, all point towards a brisk first quarter in the property market.

Whilst revived market conditions will be welcome by many, new challenges will emerge.

First and foremost will be price expectations between sellers and buyers. Whilst confidence may have improved, affordability has not in many locations, and this is likely to suppress rates of growth in certain parts of the country.

Navigating changing market conditions and making sound decisions will be more challenging than immediately obvious for many people. For sellers, asking a price too high and there is every chance a property will fail to sell and go stale on the market. For buyers, offering too low results in a heightened risk of missing out to previously absent competing buyers.

The first quarter of the year is likely to be characterised by testing new boundaries and the market establishing a new norm.

Whilst price growth is likely to attract media headlines, transaction volumes will be the true measure of the underlying resilience and sustainability of improved market conditions.

By any measure, the outlook for the market appears more positive, but the degree to which this is the case will be tempered by a range of other factors over the coming months.

Having now left the European Union, all eyes remain on the Government to negotiate successful trade deals with both Europe and other countries, which will directly affect prospects in the wider economy and in turn the property market.

On the 11th March Sajid Javid will present his first Budget to the country as Chancellor. As with any Budget, there are likely to be winners and losers as a result of policy changes, but talk of ‘levelling up’ the north-south divide in wealth and prosperity could have a profound effect on market dynamics as a result of inward investment and job creation. Equally, speculation of a further increase of Stamp Duty rates for international purchasers may soften investment demand in parts of London and other locations.

After months of uncertainty, the property market is once again changing, with new opportunities becoming evident for well informed purchasers.