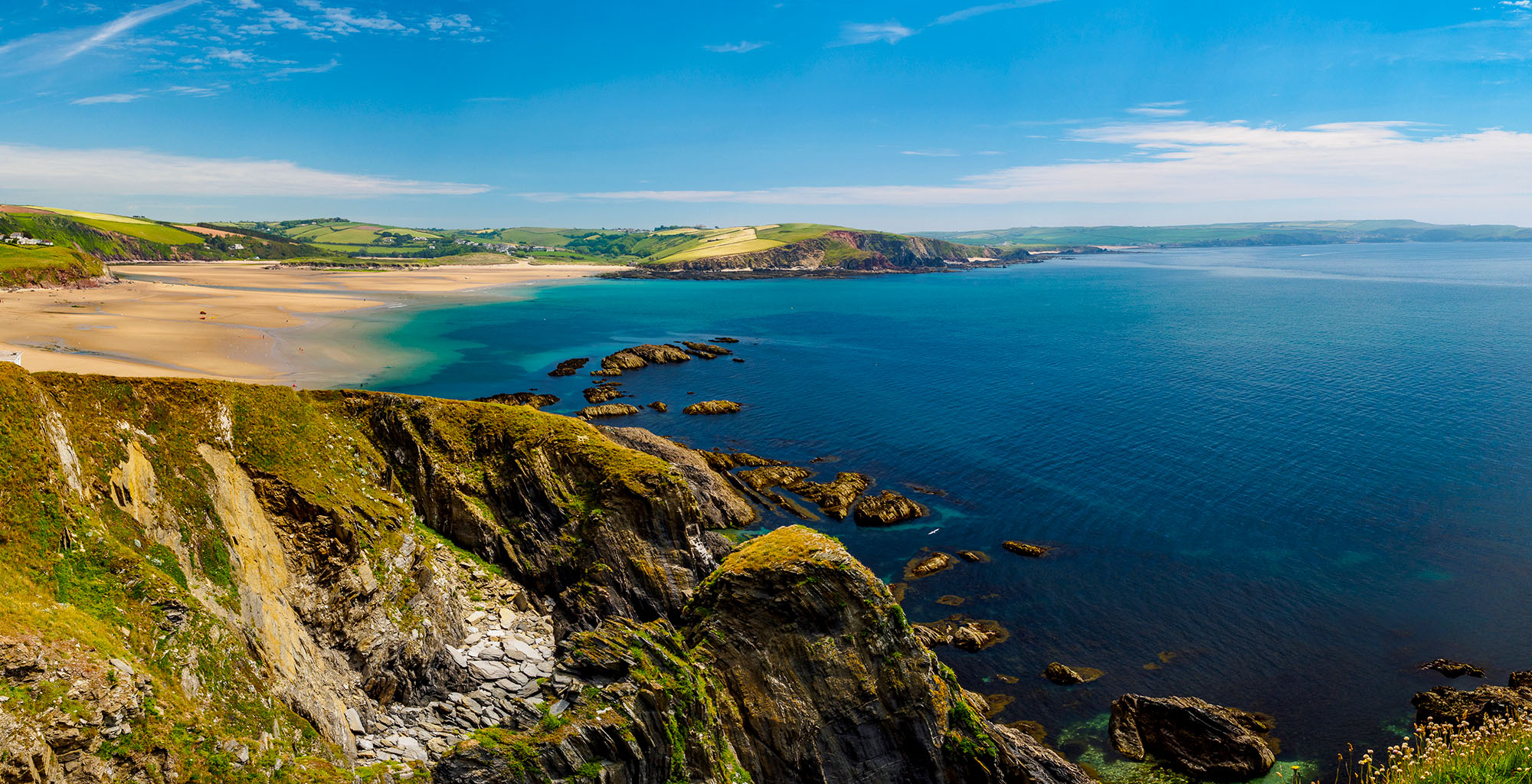 The property market has been making the most of the longer days over the last month. Historically property sells faster in June than in any other month of the year based on the time between a property being listed and when it goes under offer.

Analysis of the past five years of data from the Rightmove index indicates that property sells on average within 59 days in the month of June – 10 days on average faster than in winter. 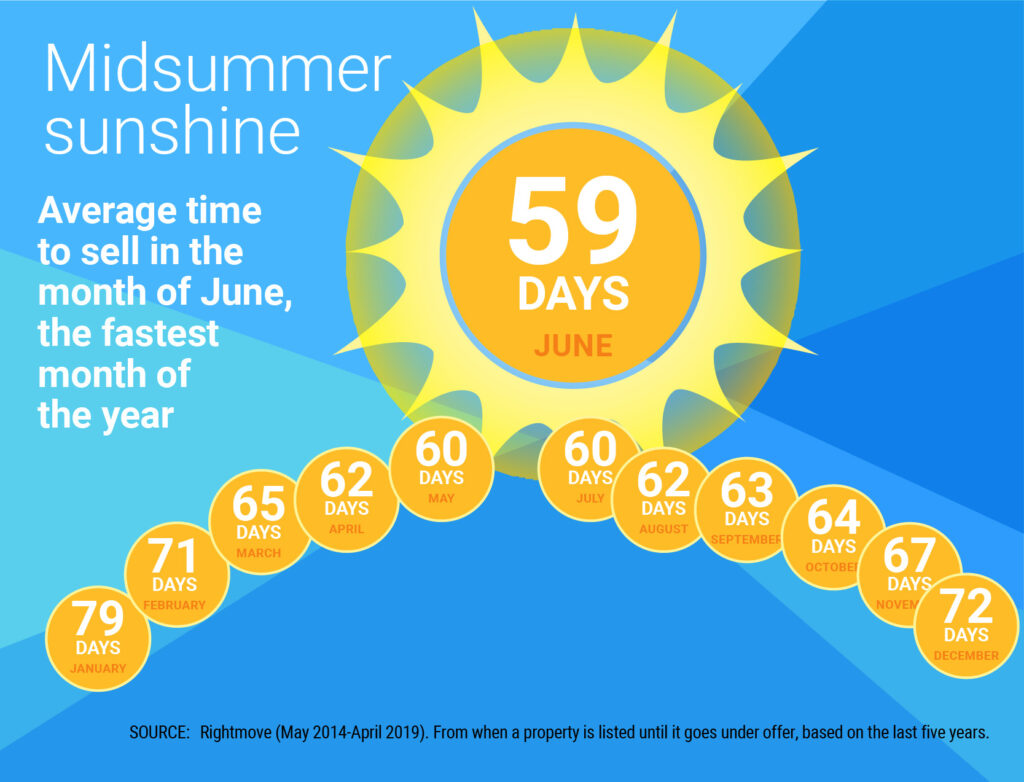 With a seemingly endless stream of iconic sporting events, festivals and music concerts taking place and a stretch of long sunny days, it feels like summer has finally arrived.

The 133rd Wimbledon Tournament is underway and this year’s prize fund is an eye watering £38 million, which has risen by 11.8 percent since 2018, far outpacing the current rate of house price growth. The winners of the singles Championships will both be presented with a cheque for £2.35 million. If the players are looking to invest their winnings in residential property, the prize money will go a long way. All but 0.24 percent of all property sales over the last year have been under £2.35 million, while over one third of all property sold for less than £176,000. 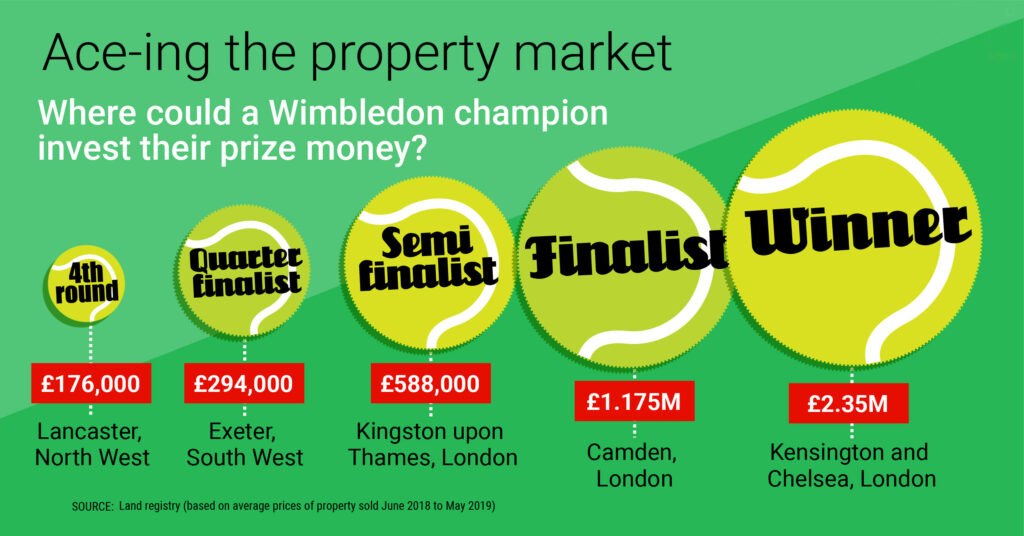 Despite activity levels appearing slightly healthier, there is no escaping the fact the market remains price sensitive and fragile, as underlined by last month’s house price indices. Nationwide recorded a modest 0.1 percent rise in average values whilst Halifax recorded an equally modest fall of 0.3 percent.

As we have reported in previous market updates, national averages do mask the wide divergence in prices by region. For example, latest ONS data is recording price growth of 6.7 percent in Wales yet falls of 1.2 percent in London. Whilst average values are still falling in the capital, market dynamics nonetheless appear to be shifting. Latest data records 29 percent fewer London properties being reduced in value than compared with the same period a year ago, whilst the rate of agreed sales falling through in the capital has fallen by 5 percent according to LonRes.

Garrington has seen a noticeable increase in enquiries over recent months from property owners looking to downsize from large family homes to something more suitable to their current lifestyle requirements.

Nearly 9 million households across England and half a million across Wales are classed as under-occupied; defined as having at least two more bedrooms than the household needs. 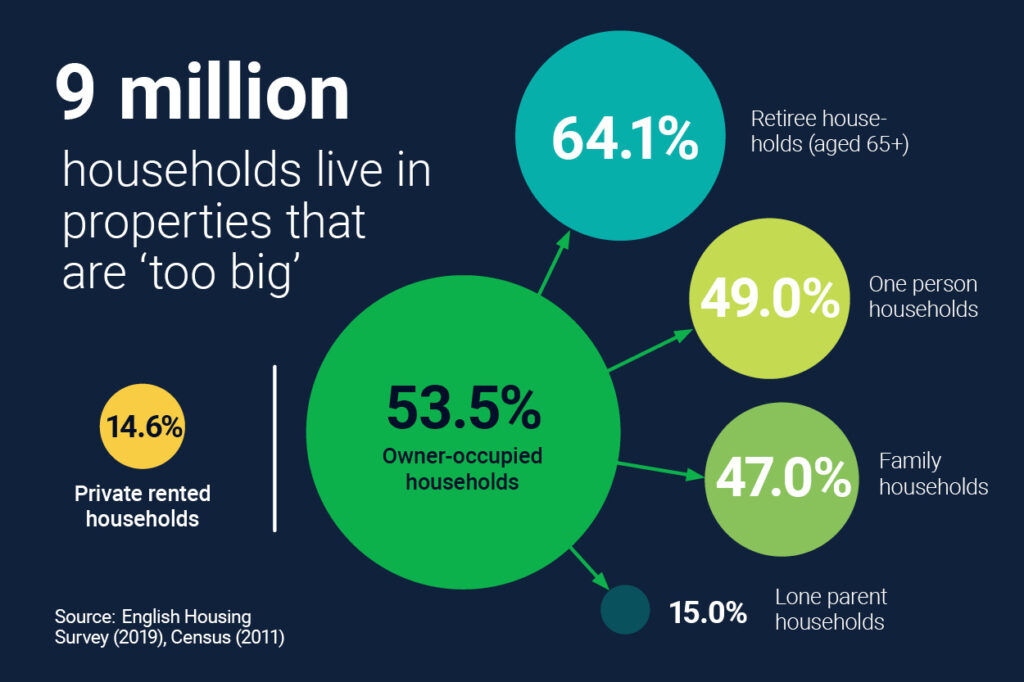 The latest English Housing Survey estimates that half of all owner-occupied properties are under-occupied.

The rise in retiree households (those aged 65 plus) is a significant factor in the growth. The last census reported nearly two-thirds of owner-occupier retiree households are considered under-occupied, this compares to just 15 percent for lone parent families.

With just 1 percent of the UK population living in designated retirement accommodation at present, compared to 17 percent in the US and 13 percent in Australia, thinking outside the box in terms of future housing delivery may well be required to meet the nation’s housing needs.

One of the other frequently cited motivations for downsizing is to release capital to help family members move home.

At £6.3 billion, the total value of lending in 2019 by the so-called ‘bank of Mum and Dad’ is set to be half a billion higher than in 2018, making it the UK’s 11th largest mortgage lender. 77 percent of lending is to home movers, not first-time buyers. 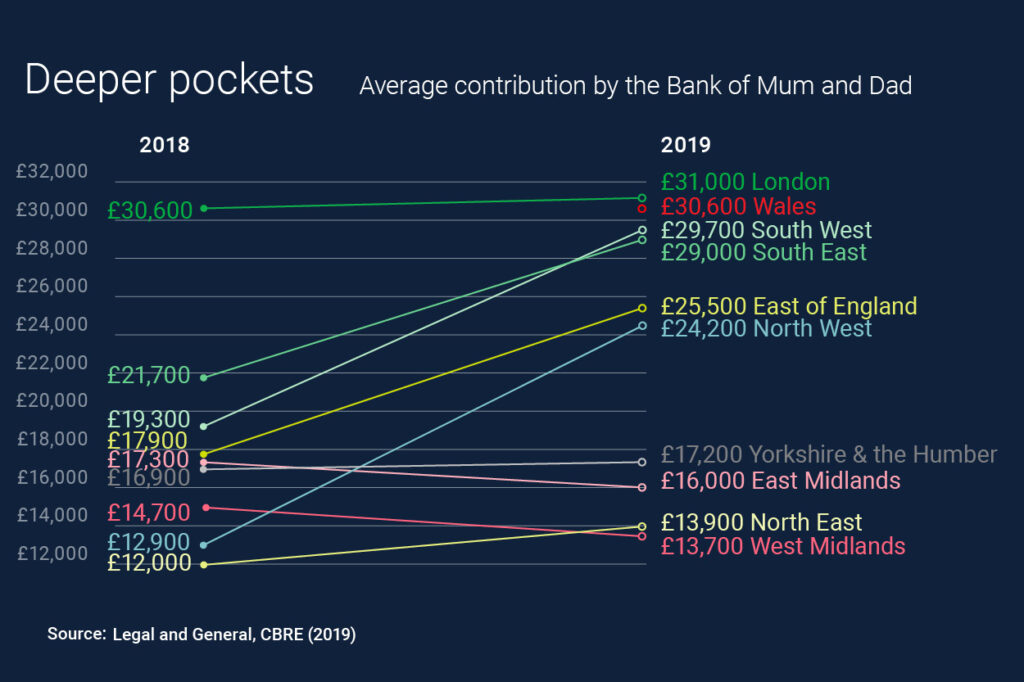 8 in 10 homeowners expect property prices to rise over the remaining six months of 2019, according to the latest Housing Sentiment survey by Zoopla. This is despite fragile market conditions and continued political uncertainty.

Homeowners across Yorkshire and the Humber, the North West and Wales feel the most confident about property price growth. However, even across London and the South East, over two-thirds and three-quarters of homeowners respectively, expect prices to rise. 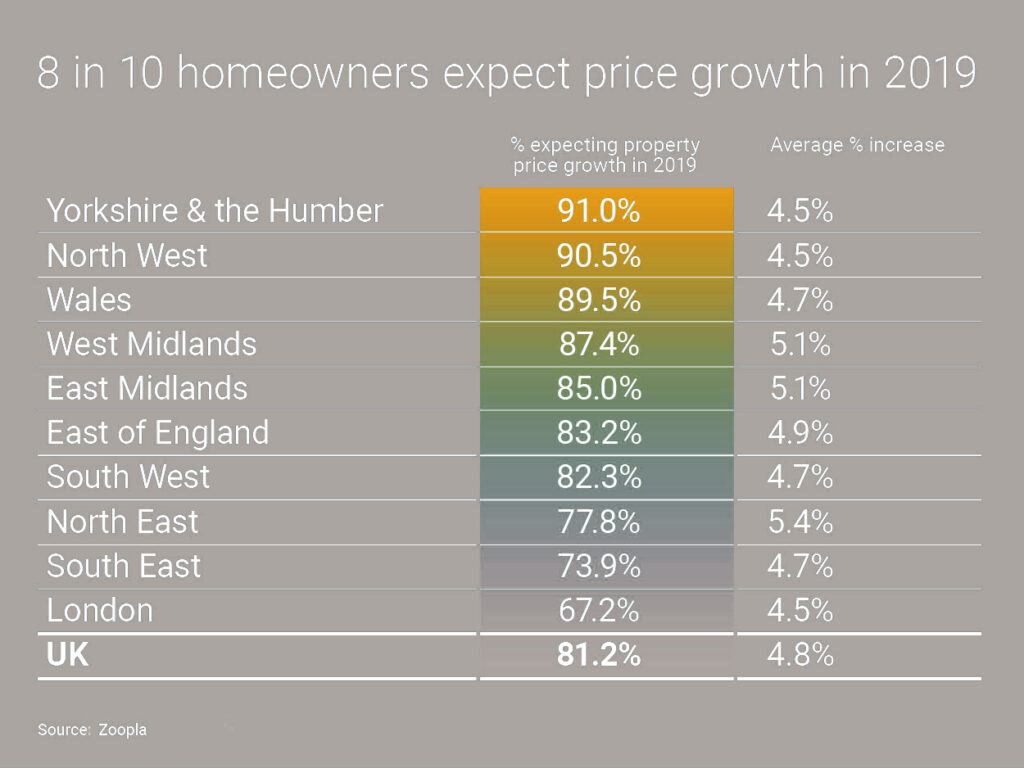 With the prospect of a new Prime Minister inbound for Downing Street next month and a possible Budget shortly thereafter, the coming months are likely to be crucial as to which direction the market is likely to be heading for the rest of 2019.

We hope you find this latest market review useful. Please do contact us if we can assist you with any property requirement.

In the meantime, however you are choosing to enjoy the summer, we hope you have a wonderful time.