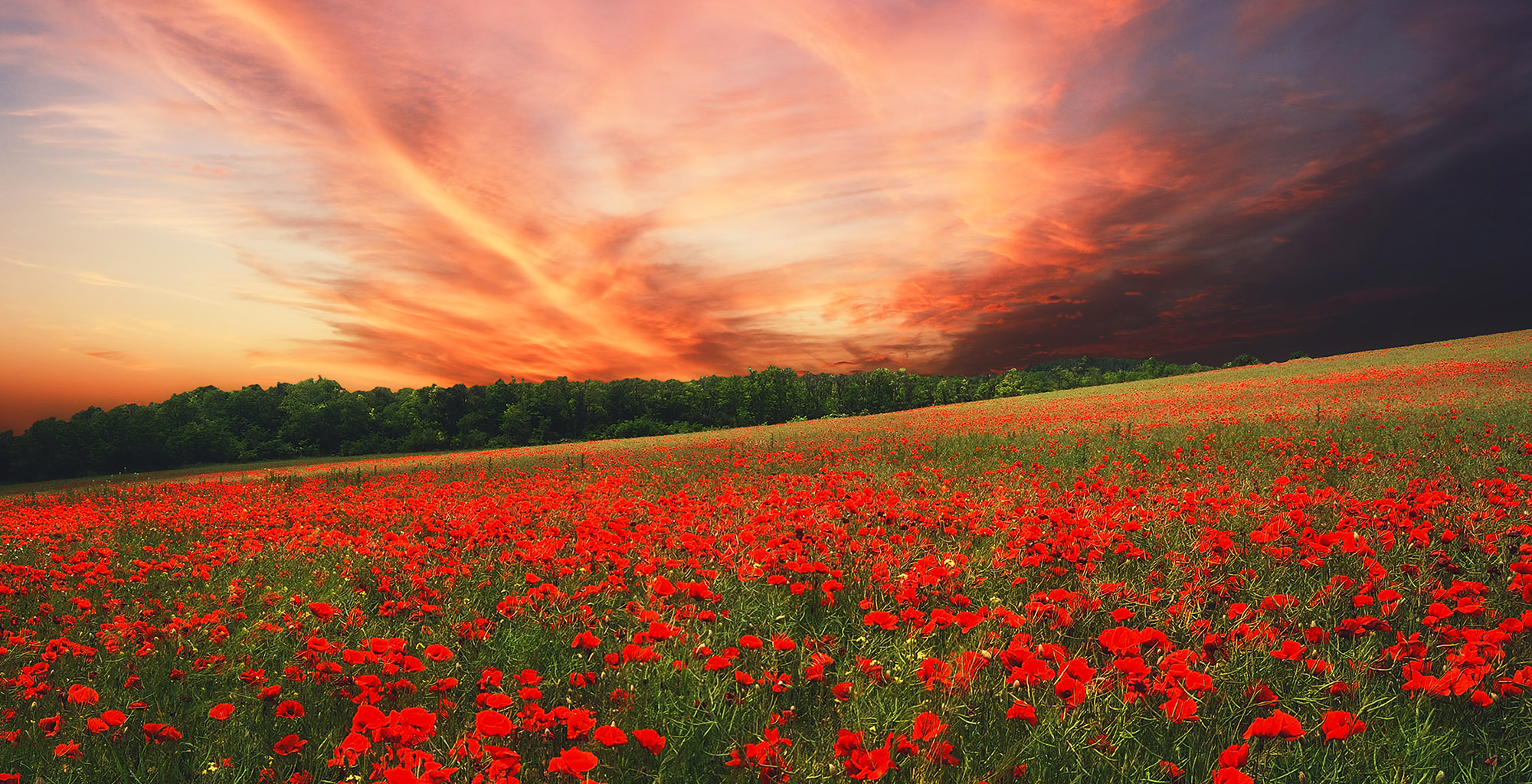 As we approach the longest day of the year, June marks the half way point where many people take stock of how their year is going relative to their hopes and aspirations.

For those wishing to move home, the property market has remained unpredictable and challenging to navigate and is increasingly polarised by location.

Has uncertainty become the new norm?

It is well known that markets do not like uncertainty and no more so than in the property market, where decisions affect, what for many, is their single most valuable asset. Whilst the property market has been buffeted over recent months, there is growing evidence to suggest conditions are normalising.

The delayed spring bounce – which came after most activity was put on hold in the anxious weeks leading up to what should have been Brexit Day – has helped the market regain a cautious equilibrium. With the number of mortgage approvals jumping to its highest level in two years, and house prices continuing to rise, it’s starting to look suspiciously like business as usual.

The price of newly listed homes for sale increased by an average of 0.9 percent last month according to Rightmove, which is consistent with the past two year spring average of 1 percent. 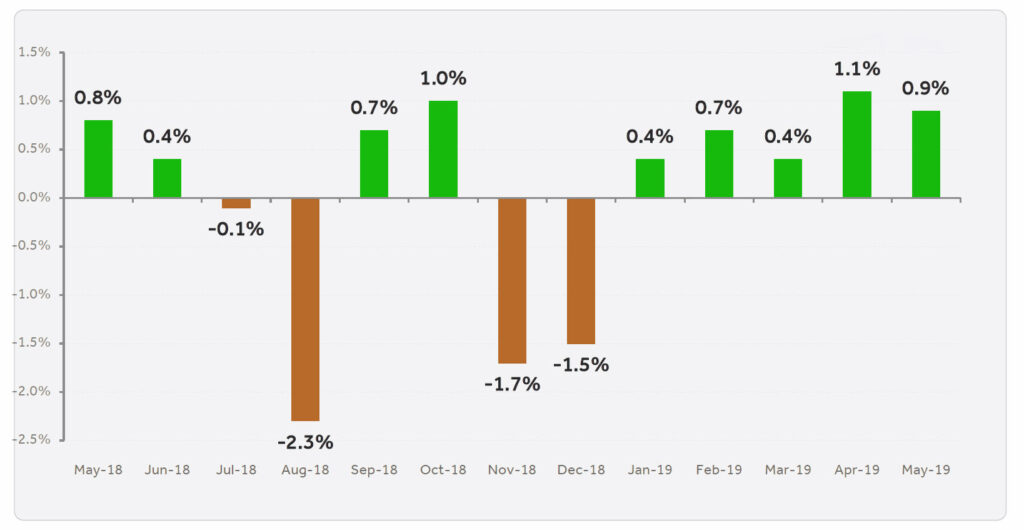 In the prime market, the rate of growth has been slower at 0.5 percent year on year, which is mainly due to the drag effect London falls have had on the average rate. However, prime properties listed last month were 2.6 percent higher than the previous month.

This trend reflects what Garrington is seeing on the ground. More stock is entering the market but, given the lack of apparent competition, some sellers are starting to set bullish prices. Despite this, deals are being done and pragmatic buyers who had held off moving are finally choosing to answer in the affirmative, the nagging question of ‘if not now, when?’.

In search of value

With the property market continuing to be supported by strong economic fundamentals, the historically slower market conditions experienced over recent years would appear to be largely due to uncertainty and affordability issues.

The affordability ratio for England and Wales hit another peak at 7.83 in 2018. This means that the median property price in England and Wales is now 7.83 times more than gross average annual earnings, according to new data from the Office for National Statistics. This affordability ratio is up from 6.35 in 2009, which dropped from the previous peak in 2007 when the ratio was 6.9. 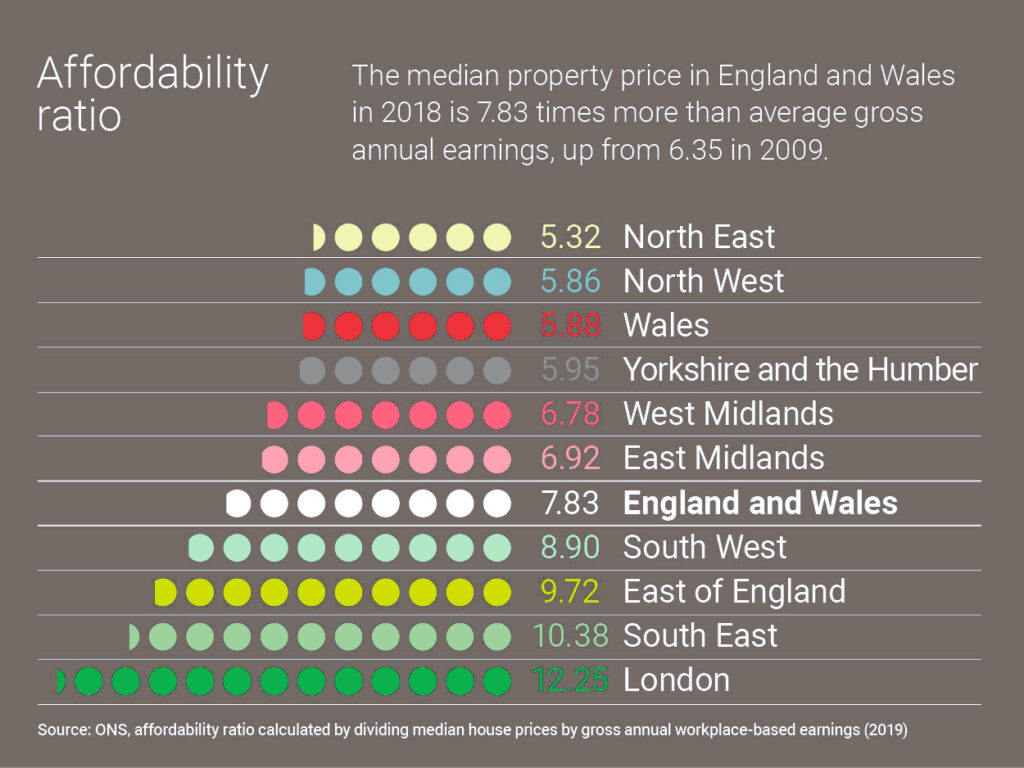 The data reveals a clear north-south divide. Copeland in the Lake District is the most affordable place to live in England and Wales, with median property prices just 2.5 times that of annual gross earnings. Areas in the North West and Wales take the top five spots for affordability. Seven of the ten least affordable areas in which to live are located in London, the other three are in the South East.

These strong divides and the lack of property for sale is causing some buyers to consider wider options to achieve their moving ambitions. In a recent survey of London sales agents by LonRes, 37 percent of agents have reported that more of their vendors are looking to leave London. This figure has fallen by only 4 percent over the last year, thus underlining the steady flight of equity leaving the capital. The volume of country properties reducing asking prices before finding a buyer is also rising, albeit there remains a gap compared to London.

This factor, combined with the significant equity gains any long-term London property owner has enjoyed over the last 10 years, makes a compelling financial case to search for value elsewhere for some buyers.

London as a barometer

Historically London has been a reliable barometer for what to expect in the wider market, as prices typically fall and recover first in the capital before the trend ripples to other parts of the UK.

Price falls in prime central London fell by 9.7 percent in the first quarter of this year and fell by 6.6 percent in the prime fringe according to LonRes. During this period 23 percent fewer properties transacted than a year ago. Weaker sales volumes were not just as a result of waning buyer demand, but also due to 27 percent fewer sellers entering the market during this period. 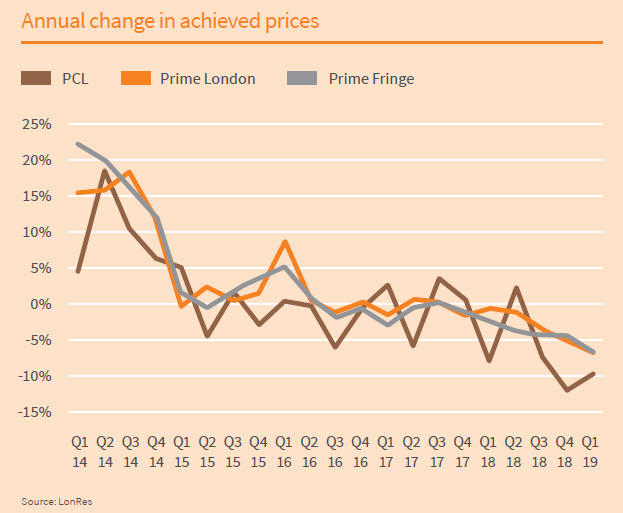 This comes as no surprise in an equity rich market like London which contains a lot of discretionary led sellers who are under no pressure to transact.

However, where there is pressure or a wider motivation to sell, Garrington’s London property finders have been busy acquiring some fantastic properties for clients at very attractive prices.

Latest research suggests that 52 percent of London agents have seen an increase in buyers registering recently and many are suggesting transactions and new instructions will rise for the rest of the year.

With the country facing so many ‘unknown unknowns’ over the coming months it is far too early to predict any form of bounce in the London market and improvement in the rest of the UK market.

What is evident though is that the market has a level of resilience to wider influences and increasing numbers of frustrated buyers want to get moving this summer.

We hope you found this latest market review helpful.

If you would like any more detailed information on any aspect of the UK market or we can assist you with your property requirements, please do contact us.