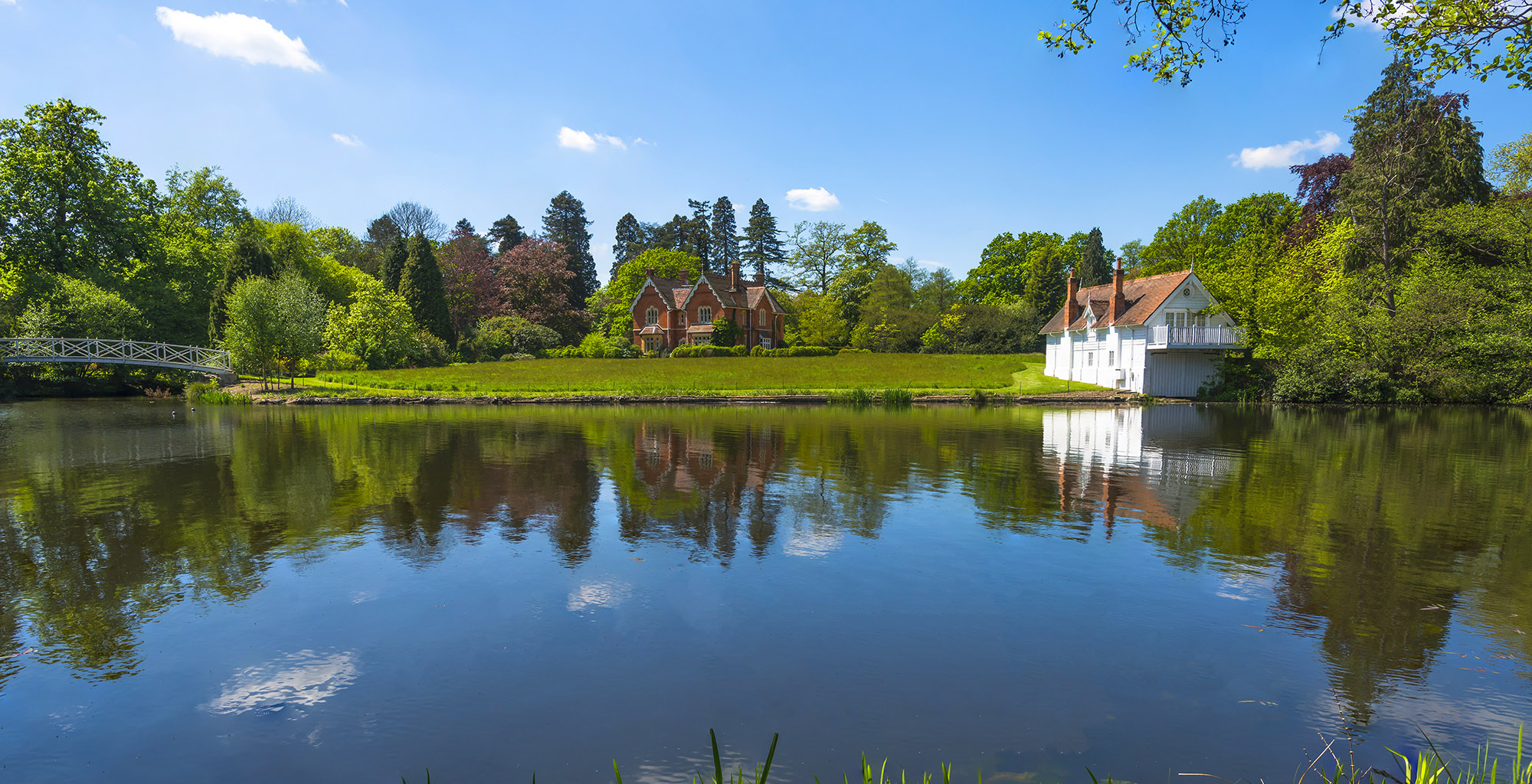 It seems to have been a steady, rather than spectacular summer as far as the UK property market is concerned. However, given the tidal wave of political uncertainty and unprecedented events, steady market conditions for many will be considered a reassuring indicator of the underlying strength of the market.

The market has become more polarised as opinion divides as to whether it is a time of opportunities or threats.

On the ground, Garrington is seeing increasing evidence supporting both views. Previous stagnant properties have experienced fresh interest over the summer, and after successive price reductions, a number of homes have been acquired by value driven buyers – particularly in the prime country house market. We are also seeing an uptick in investment enquiries from both domestic and international buyers.

Conversely, some buyers have placed plans on hold until after 31st October when it is hoped the political picture may become clearer.

National house price indices capture the divided and lethargic nature of the market, with nearly all indices reporting either flat or falling house price growth over the summer months.

Whether the Brexit debacle is solved in the coming weeks remains to be seen, but the political parties should remember that it is more than Brexit on people’s agendas.

A recent poll from Ipsos MORI for the Chartered Institute of Housing found as many people think the rising cost of housing will impact them personally over the next five years or so (57%), as think the same of Brexit (56%). 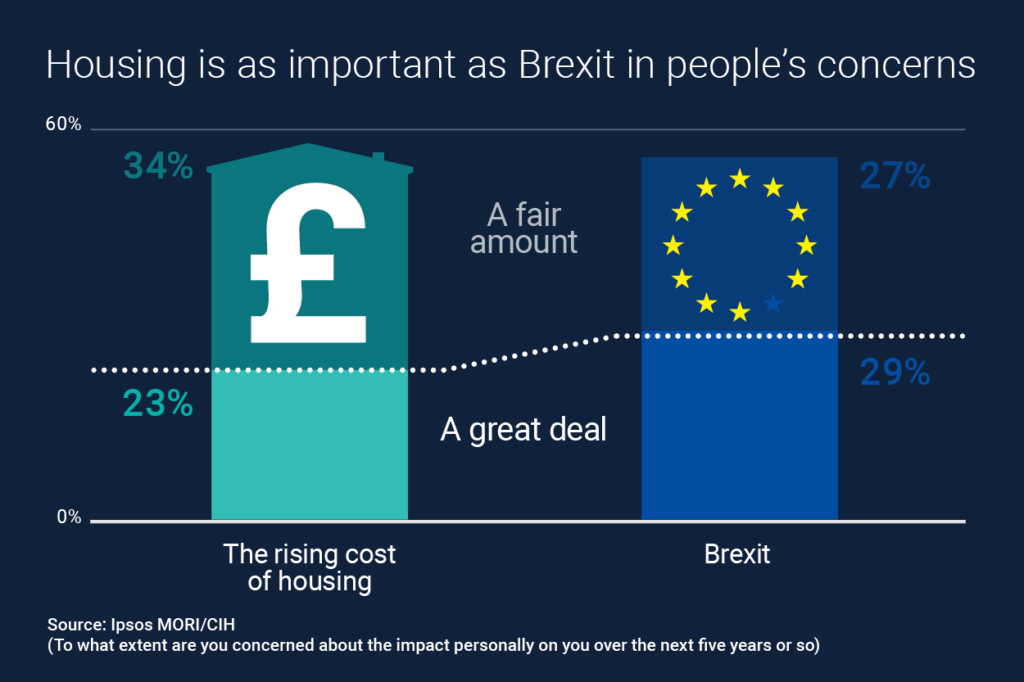 Housing market confidence is closely tied to the state of the economy, and strong employment and rising wages would normally support a confident housing market. However, in the year to June 2019, while weekly earnings rose to 3.6%, house prices increased by just 0.9% over the same period, demonstrating a current breakdown in the relationship between earnings and house price growth. 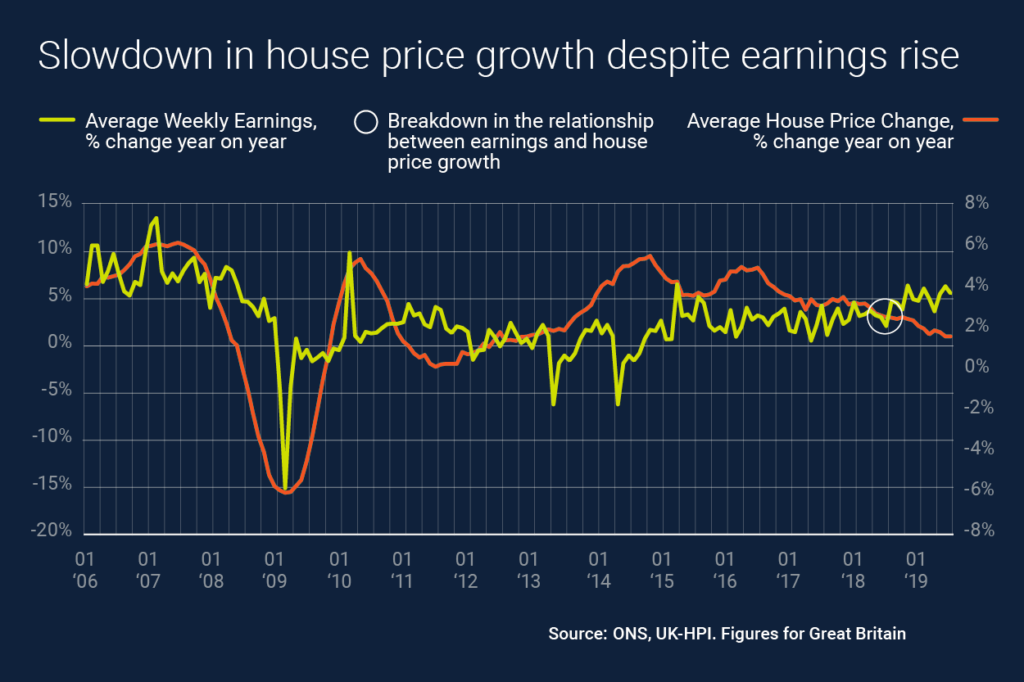 We currently have quite an unusual situation. Both the employment rate and average wage rate are rising, yet Gross Domestic Product, a measure of the nation’s economic activity, has weakened, recording a fall for the second quarter. So, what does this mean for the residential market?

Historically we have seen that slower house price growth alongside a strong rise in earnings has helped improve affordability for homes.

Mortgage approvals are usually a helpful forward indicator of buyer intent and data published by UK Finance at the end of August records approvals for house purchases rising to the highest level in two and half years in July. The volume of mortgages approved stood at 43,342 in July – up 1.3% on June.

In contrast to rising mortgage approvals, average property asking prices have fallen by 0.2% in September according to Rightmove. At a time typically associated with the autumn bounce, this is the first price fall registered at this time of year since September 2010. 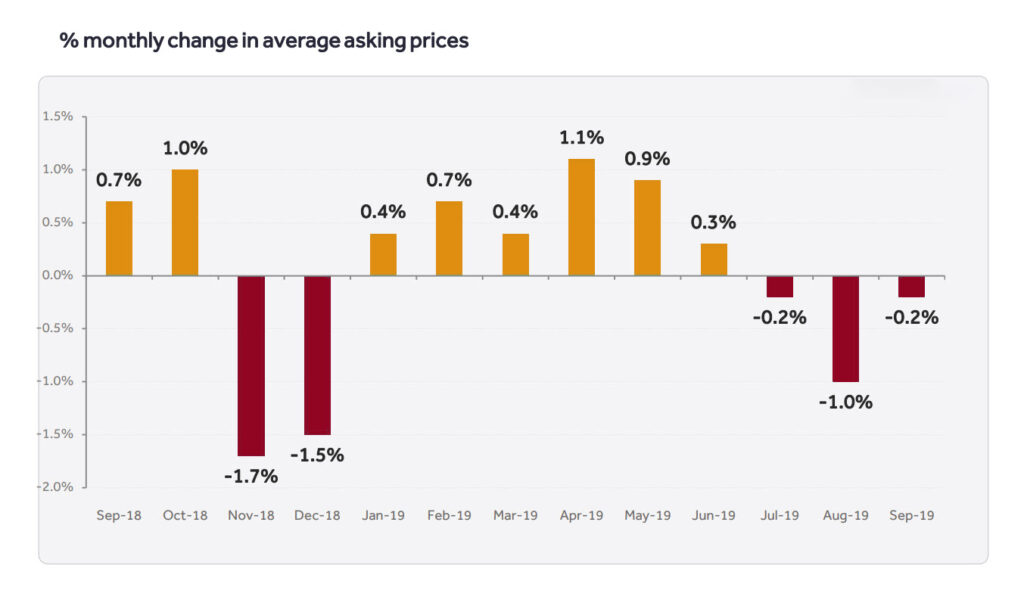 Perceived headwinds have deterred some sellers from even entering the market with new stock levels falling 7.8% compared to the same time last year, and sales agents are recorded as having agreed 5.5% less sales last month than 12 months ago.

For well organised, committed buyers able to act swiftly, there are deals to be done in this market.

Data released over the summer by The Deposit Protection Scheme (DPS) records a marked increase in rents in the second quarter, with a 1.8% rise from Q1 2019. This is the largest quarterly increase reported since rents began to decline in Q4 2017. 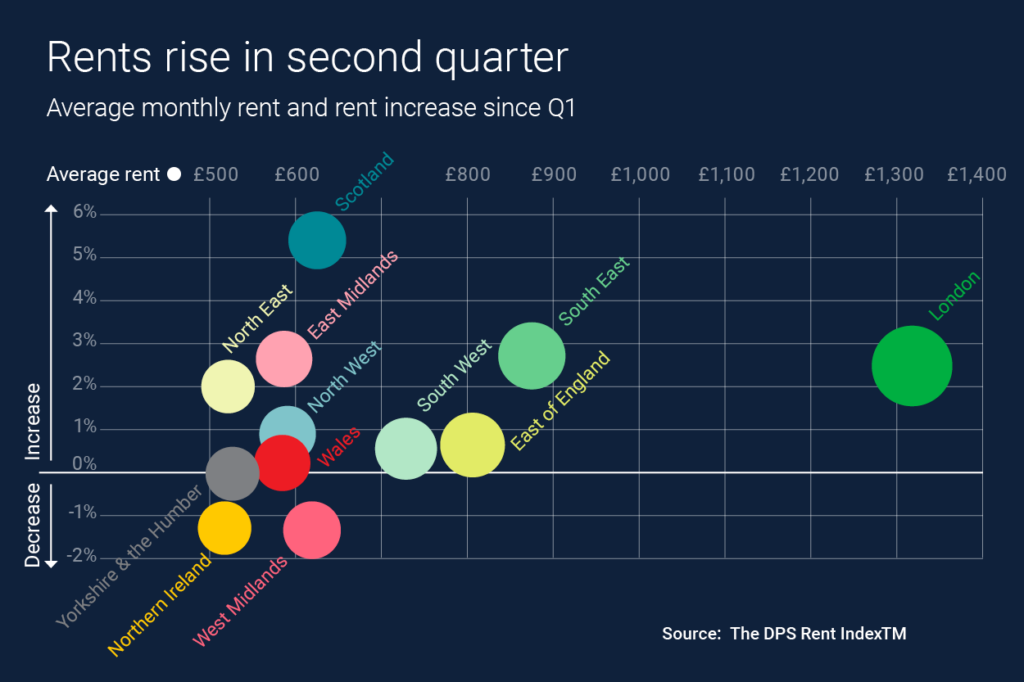 Strongest growth in rents was seen in Scotland (5.4%), largely driven by a steep increase in the average rent paid for flats. London also saw above average growth at 2.2%.

At a national level, average rents rose across all property types, but terraced houses experienced the greatest increase, rising by 4.6%.

Of note is that 12% of tenants who moved into privately rented homes since the beginning of 2018 were previously living in the owner-occupied sector. 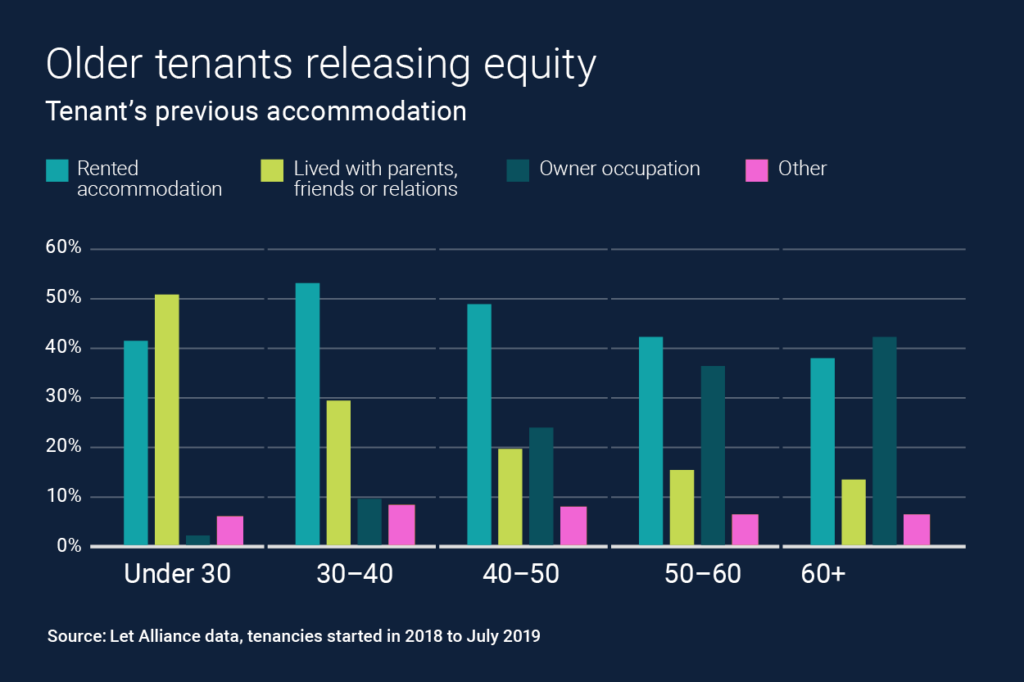 Unsurprisingly, this percentage is much higher for older tenants. 36% of 50–60 year olds and 42% of over 60s were previously living in owner occupation before choosing to release equity from their homes and move into rented accommodation.

The combination of lower asset values and rising yields is starting to entice sophisticated investors again which is made further compelling for international purchasers by the current weakness of sterling against many other currencies.

Anyone trying to gauge the market from press headlines and property portals currently may struggle to form an accurate view.

There is more property available to buy than it may first seem, with 35% of London agents reporting an increase in privately available stock, and a number of the purchases Garrington has agreed for clients over the summer have been secured off-market.

Price ambiguity is likely to continue over the coming months as sellers and buyers contest what represents fair value.

Set against the uncertainty caused by Brexit, there remains what some consider a window of opportunity, which may well close if the market establishes renewed levels, clarity and confidence this autumn.

We hope you find this latest market review useful. Please do contact us if we can assist you with any property requirement.