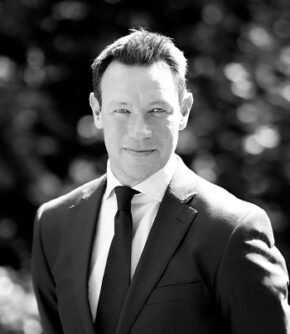 Having spent his early years living in SW London and Surrey, Nick was educated at Sherborne School in Dorset before subsequently graduating from Royal Holloway College (University of London) in 1996, Nick moved into property after starting his career as a shipbroker in The City.

Nick has worked for high profile, corporate real estate firms and smaller independent niche companies. After a decade in the residential sector, Nick gained further experience working in the UK and European markets for both commercial and investment property as an asset manager and acquisition surveyor for investment funds. He returned to the residential sector in 2004 where he successfully ran a number of offices in Central London and the City. After a brief spell in Mallorca, Nick joined Garrington in the Summer of 2010 putting his varied experience to good use sourcing properties for private clients.

Over the many years conducting searches on behalf of private client’s across London, Nick has also built an extensive knowledge of locations outside of central, particularly in the village areas of London and would now be recognised as a true expert in these markets with his comprehensive knowledge of how to source and acquire the most unique homes.

Nick lives in southwest London with his family and their dog Basil. He has a very keen interest in cooking, food and wine, particularly Italian cuisine and his love of Italy and regularly plays competitive tennis.