The North West region of England has seen its popularity soar in recent years, here we consider the best places to live in Cheshire, which is perhaps one of the most cosmopolitan counties in the region.

Home to the famous Cheshire Golden Triangle — an area known for the highly desirable towns and villages — Cheshire is noted for its large homes, the lifestyle on offer and the many notable residents who live there.

Why live in Knutsford?

Thanks to its excellent regional and national road links, local schools’ quality and academic performance, and its easy access to the Cheshire countryside, Knutsford is a very popular place to live.

Knutsford’s appeal as a place to live has previously been summed up in two words: “classy” and “convenient”.

Why move to Mere?

The village of Mere is one side of The Mere (an Old English word for lake) and Tatton Park the other. Both are decidedly up-market residential areas set in beautifully landscaped scenery.

The walk around the 1,000-acre deer park of stately Tatton Park, for example, is splendid.

Mere not only has its own sense of character and community but is exceptionally well connected by road links to the whole of the North West, including the conurbations of Manchester and Liverpool, and even London remains easily accessible by road or rail.

Why live in Alderley Edge?

Alderley Edge is so-called thanks to the dramatic sandstone escarpment of the same name.

It is the site of the oldest known metal-mining area in England, with the earliest such activities recorded in 1900 BC.

The natural features of the escarpment are today managed by the National Trust, which preserves the essentially rural aspect of the small community of Alderley Edge.

It is especially well connected to the North West in general and the rest of the country, thanks to its links by road, rail, and air.

As we noted elsewhere, Alderley Edge is the tip of Cheshire’s “Golden Triangle” of the most desirable locations with Wilmslow and Prestbury forming the other two tips.

Why live in Prestbury?

Prestbury sits on the banks of the River Bollin as it flows down from the Pennines and is an ancient settlement dating back to at least the Anglo-Saxons.

It is not only close to the conurbations of Manchester and Liverpool, but close to the Peak District National Park and the towns and cities to the East of the Pennines.

Together with Alderley Edge and Wilmslow, Prestbury forms the three points of Cheshire’s “Golden Triangle” containing the county’s most desirable addresses.

Is Wilmslow a good place to live?

Along with its neighbours, Prestbury and Alderley Edge, this part of Cheshire offers some of the most desirable residences.

The village lies outside the boundaries of the Greater Manchester conurbation, yet is still only 11 miles (17 km) or so from the city centre.

If you work in Manchester, the commute is easy and straightforward, with plenty of excellent schools in the neighbourhood.

Why live in Chester?

Chester is an ancient city dating back to at least the Roman era (when it went by the name Deva Victrix).

Today, the walled cathedral city is the second most populated town in Cheshire (after Warrington) and serves as the county’s administrative centre.

A historic yet vibrant city in its own right, Chester is close to—and ideal for commuters—to both Liverpool and Manchester.

Why move to in Mobberley?

Mobberley is mentioned in the Domesday Book of 1086 by the name of “Motburlege”, so it has a long history.

The small but active village is surrounded by farmland with lots of green fields and wonderful walks.

Mobberley is especially well connected to the regional and national motorway networks and by rail to both Chester and Manchester.

Why live in Tarporley?

Tarporley is a large village or small town that epitomises relaxed countryside living in this part of the country.

It exudes an easy familiarity and sense of community supported by a café culture, high-end boutiques and fine dining restaurants.

However, from the comfort of your rural idyll, the county town of Chester is close by, and there are excellent transport links to the major urban conurbations of Liverpool and Manchester.

It’s peaceful, in a tranquil part of Cheshire, and has probably more than its fair share of historic buildings and a great sense of community spirit.

Yet the village is only 6 miles (10 km) or so from the country hub of Chester and the Northern Powerhouse of Manchester and Liverpool.

What you probably didn’t expect in a rural location in the middle of the countryside is a marina.

Tattenhall Marina, however, offers cruising on the inland waterways of the Four Counties Ring, which takes in many picturesque sights of the North West.

Why live in Nantwich?

On the southern edge of the Cheshire plain, Nantwich is said to be one of the earliest settlements in the UK, dating back to at least Roman times with industries based first on salt and then on tanning.

The attractive town, replete with many fine, historic buildings, continues to occupy a strategically important stopover en route from London to Chester.

It also has good transport links to the regional and national motorway networks.

Why live in Malpas?

Malpas is located on the North Wales borders and the English county of Shropshire.

Malpas is described as having a thriving community, with many independent shops, local services, voluntary sector organisations, and community groups.

Although predominantly rural, it has excellent road and rail connections to North Wales, the North West, and the English Borders.

Is Macclesfield a good place to live?

Macclesfield enjoys the Peak District’s scenic beauty immediately to the East and the whole of the Cheshire Plain to the West.

Macclesfield offers both country living and city-centre working, with Manchester less than half an hour’s train ride away.

Together with its bustling historic streets lined with independent shops, cafes and restaurants, and outstanding schools nearby, it may be little wonder that Macclesfield was recently found to be among the happiest places to live in the whole of Northern England.

Best places to live in Cheshire

As property finders, we often assist clients in deciding the best places to live in Cheshire based on their requirements and preferences.

If you would like to talk with one of our expert buying agents, please do get in contact with Garrington. 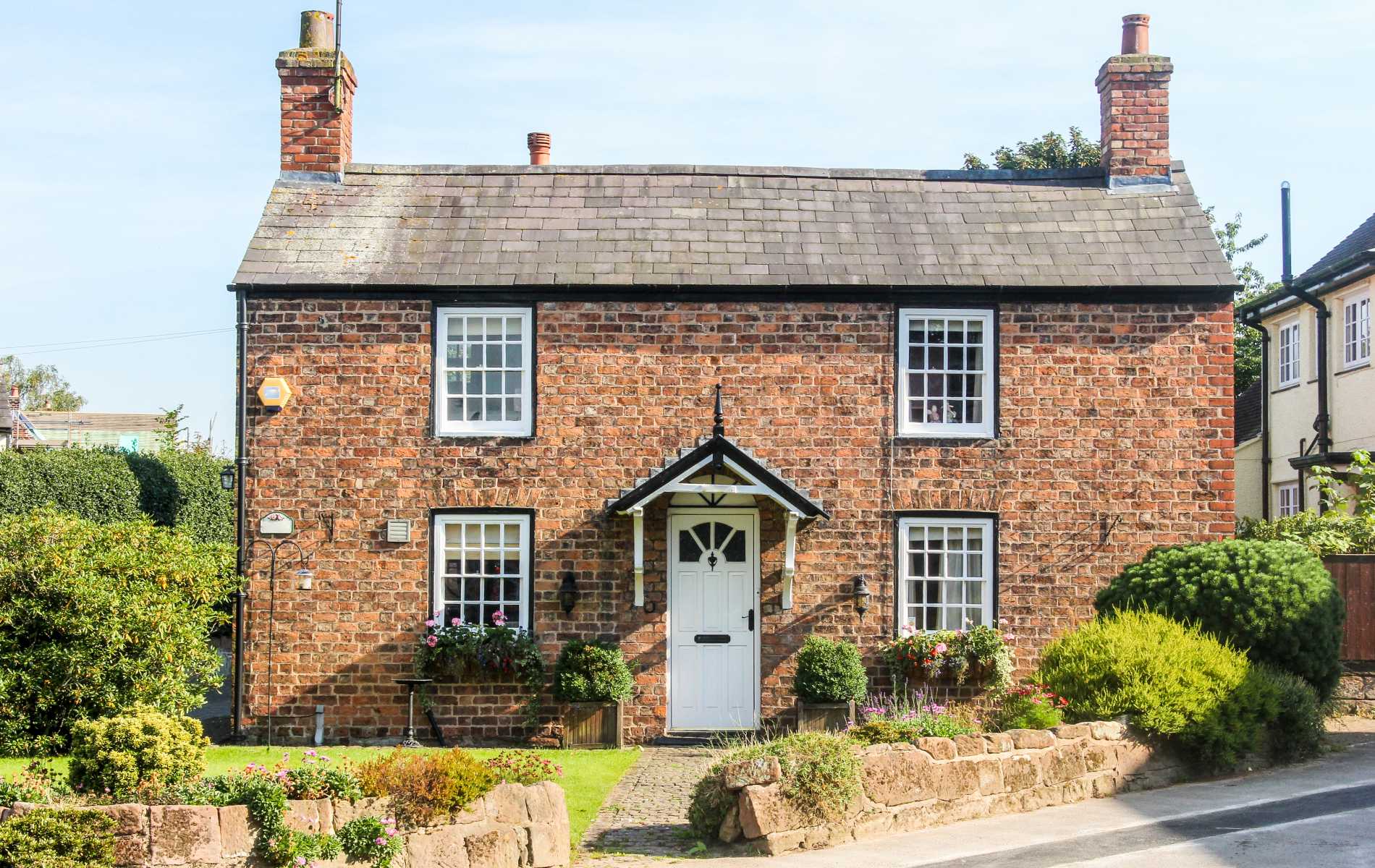 Find the perfect home in Cheshire with expert guidance 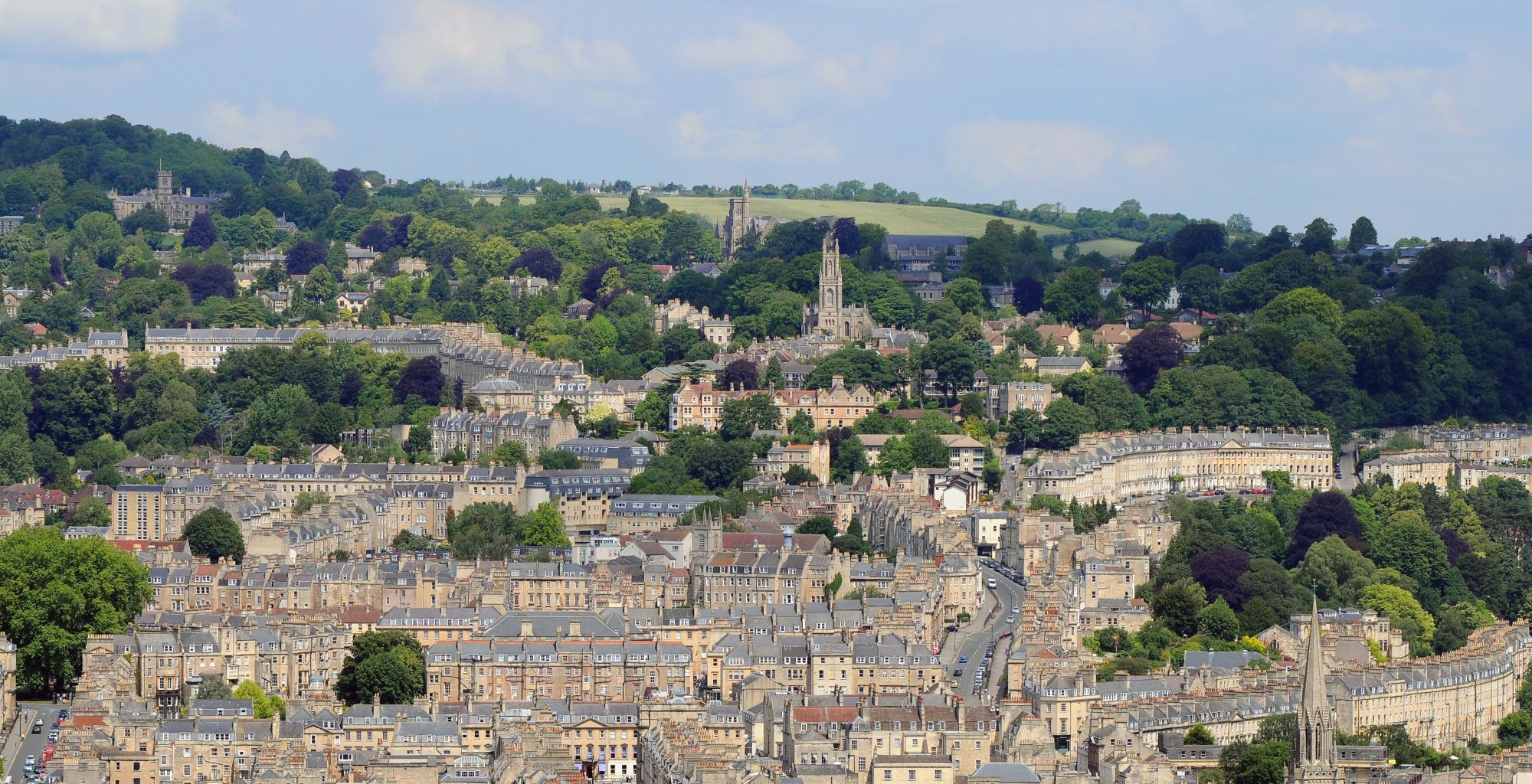 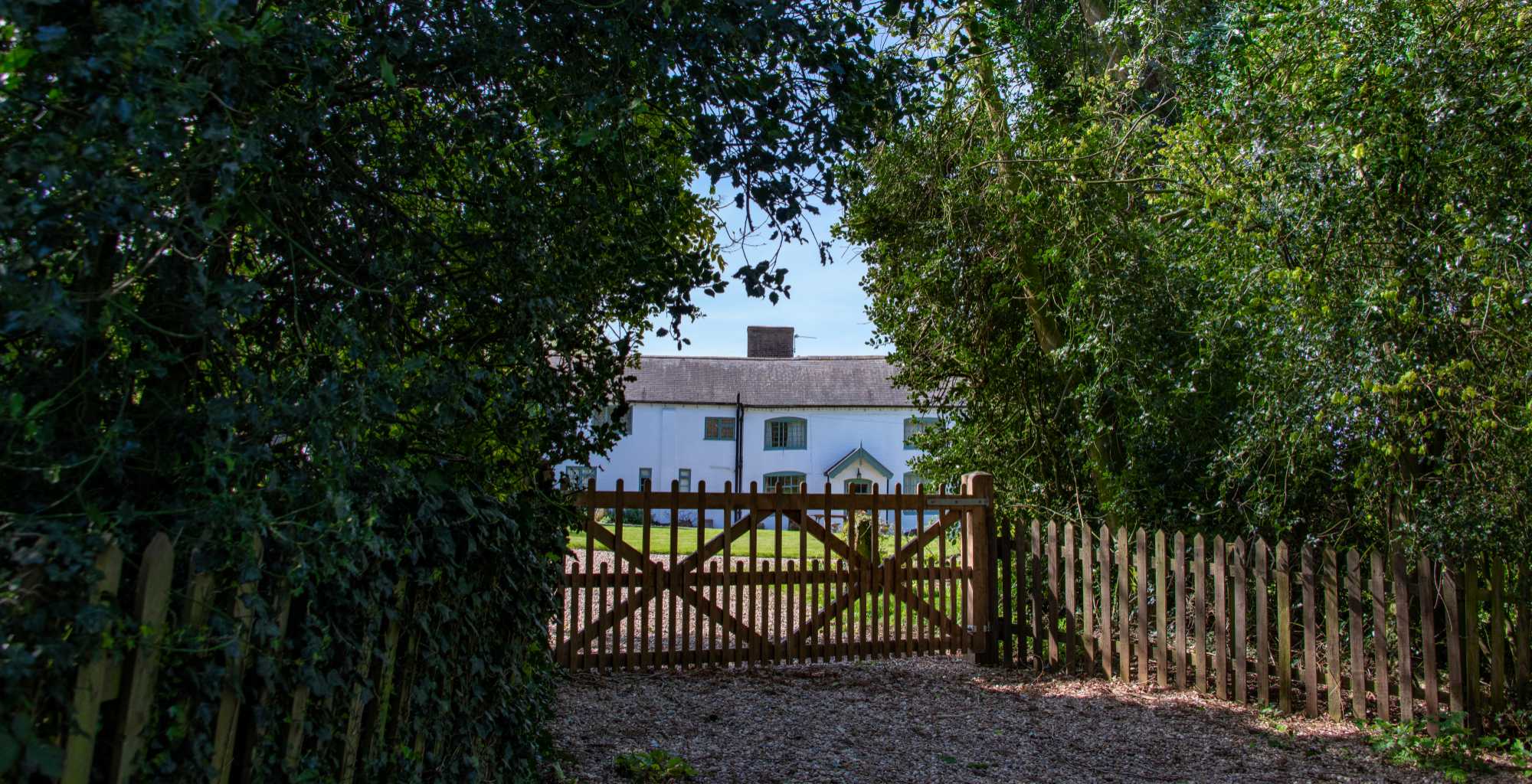 Buying a house with a granny annexe 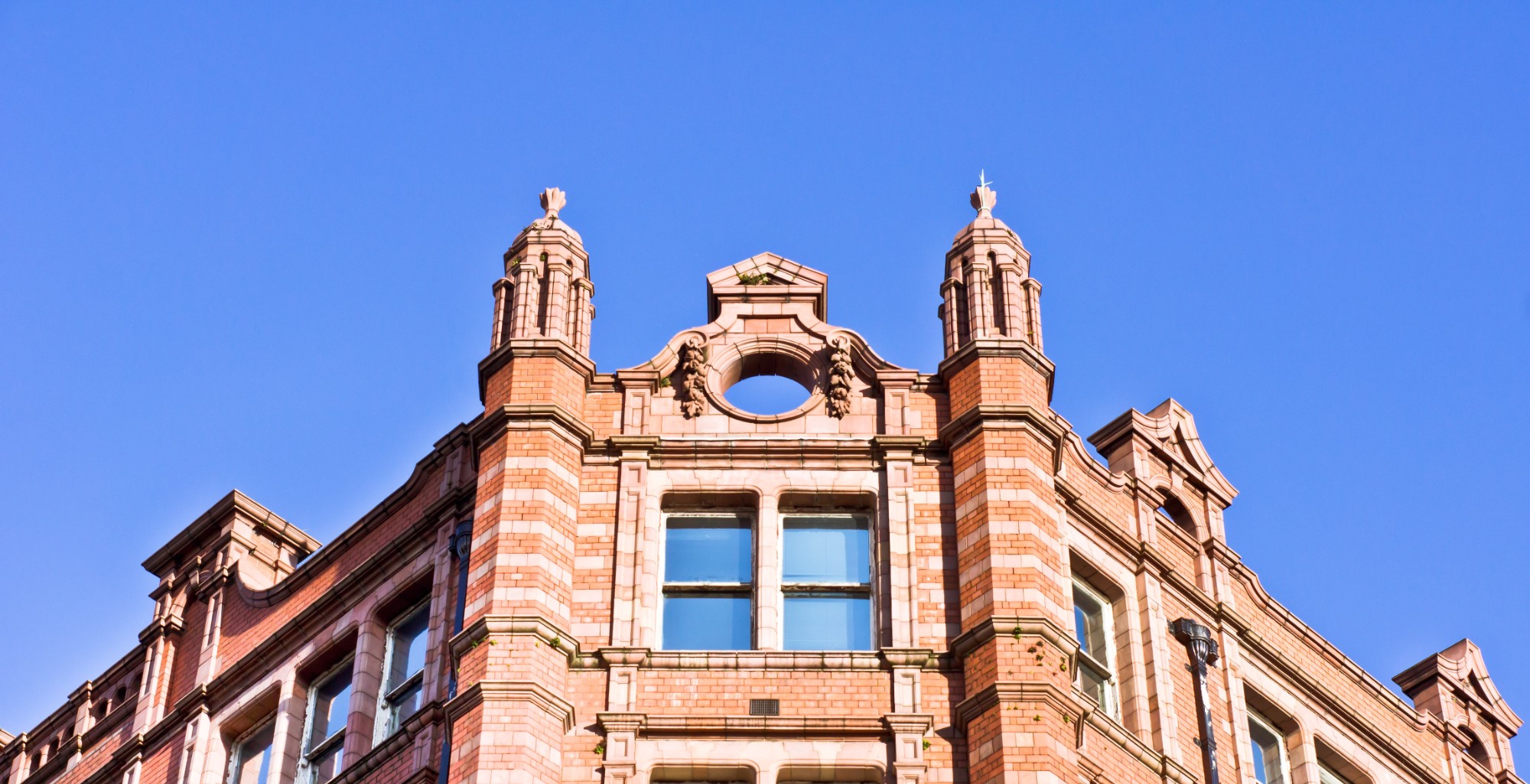