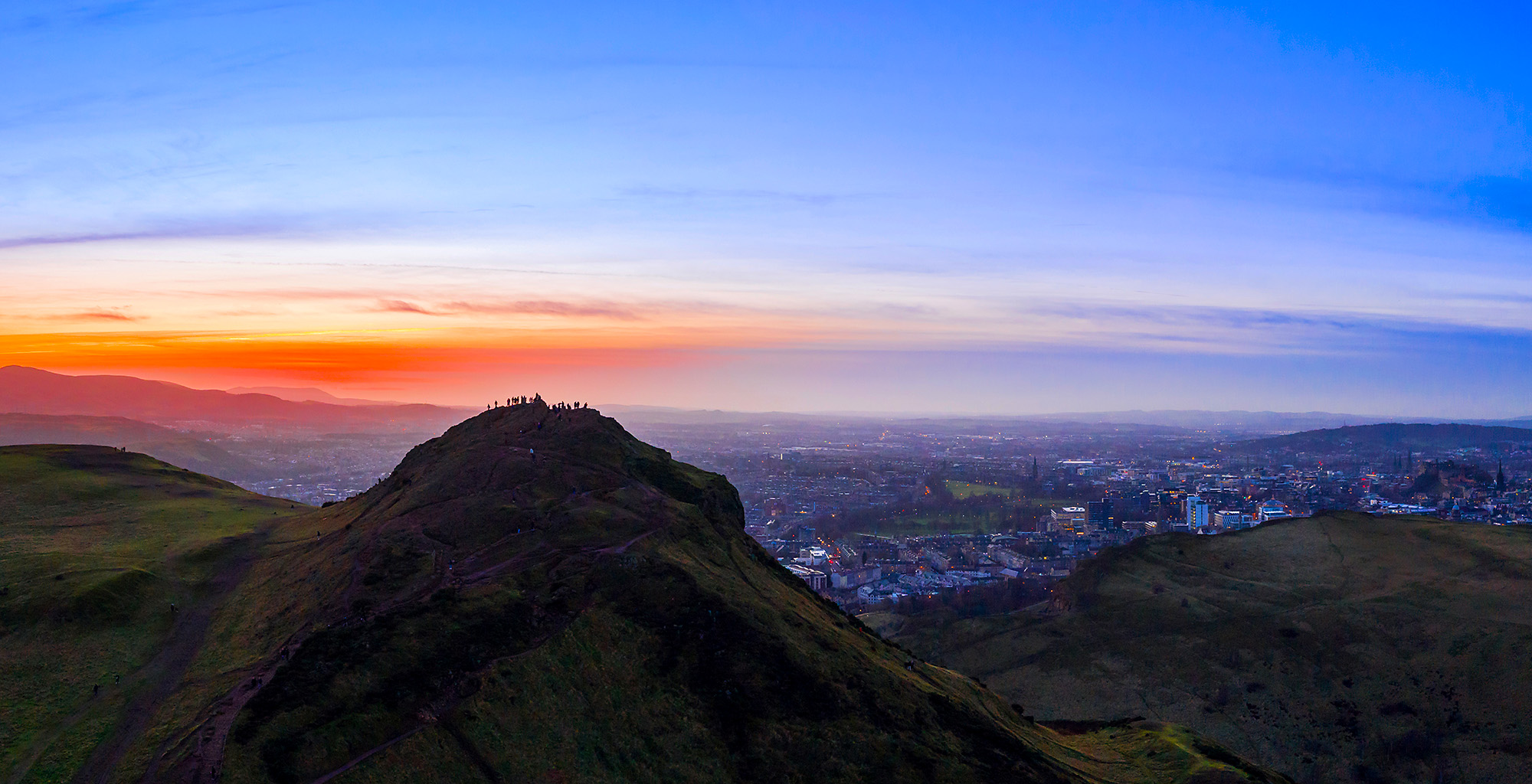 Whilst the weather over recent weeks appears to have jumped from winter to early summer, the same cannot be said about the property market, which is still struggling to gain consistent momentum. There have nonetheless been some encouraging signs in the latest housing market data over the last month.

Across Garrington’s operating areas we have been busy with a strong influx of new enquiries in recent weeks and have seen renewed interest from buyers who had been waiting for clarity on Brexit but have now decided to progress their plans, irrespective of the further delayed exit date.

Our Market Review is also available to watch on video. This month we was filmed in the heart of Edinburgh, where Garrington has just opened their latest office to provide property finding services across Scotland, including of course as Edinburgh Property Finders.

Depending on which day of the week you read news headlines about the property market it will leave you with a totally different impression.
ONS data released last month recorded a fall in the rate of house price growth to 0.6% to February 2019. This is the lowest growth rate since September 2012.

However, due to the data lag with ONS, this figure represents market conditions when confidence levels were being undermined, by what at the time, was the looming prospect of a ‘no deal’ hard Brexit and the associated ‘fear of the unknown’.

With news of an extended deadline to October and the possibility of a hard Brexit appearing far less likely, consumer confidence has been buoyed as evidenced by the price of newly listed properties increasing by an average of 1.1% in April according to Rightmove.

This is the biggest month-on-month rise for over a year and the largest at this time of year since 2016. The family home sector is outperforming other sectors, seemingly driven by their housing needs outweighing the ongoing uncertainty.

The trend of polarised local market conditions is ongoing. Micro-markets are increasingly decoupling from wider regional trends. For example, average prices in Scotland have fallen by 0.2% nationally, whereas values in Edinburgh have risen by 3.7% in the same period.

Despite the uncertainty in the market, there were 101,780 residential transactions recorded (on a seasonally adjusted basis) in February across the UK, according to HMRC. This was the highest level since August 2017. 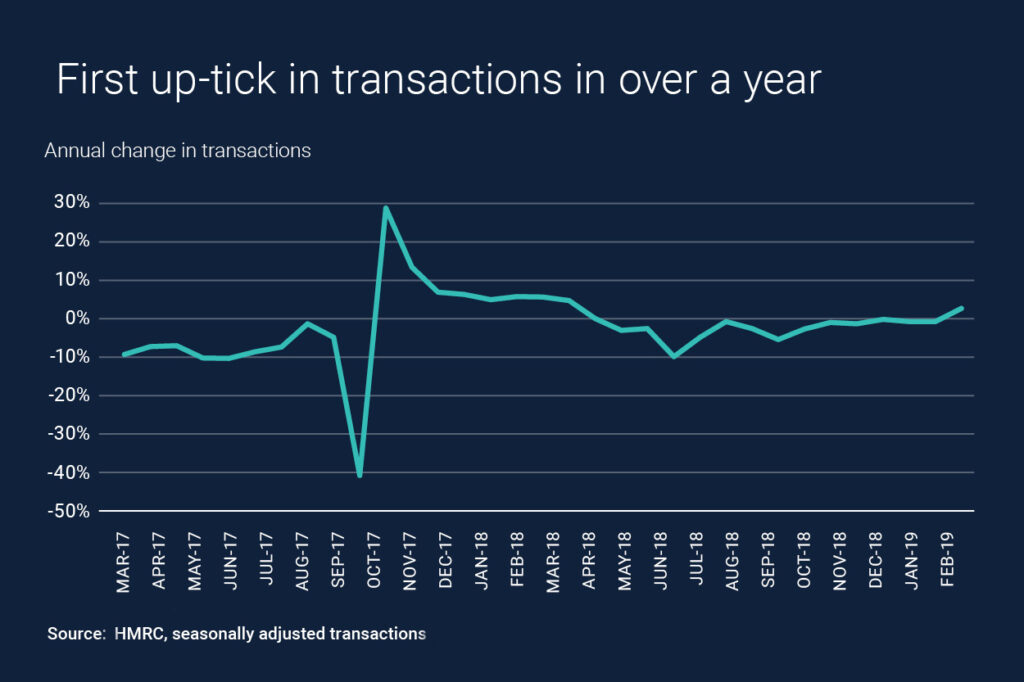 This figure is still provisional, but if confirmed, will mean that the annual change in transaction levels has moved into positive territory for the first time in over a year.

The confirmed Brexit delay until later in the year may provide a window of revived activity. Only time will tell whether this translates into sales levels showing further improvement over coming months.

Are leaseholds about to be reformed?

The House of Commons committee on leasehold reform published its report into the practice last month. It recommend the abolition of the current leasehold system and advocate the shift to commonhold ownership. Introduced in 2002, commonhold ownership allows a person to own a freehold flat and at the same time be a member of the company that owns and manages the shared areas and structures of a building.

Across England, it is estimated that 80% of private apartments and 8.2% of private houses are occupied on a leasehold basis, that’s just over 4 million properties. Over 94% of all leasehold properties in England are in the private sector. 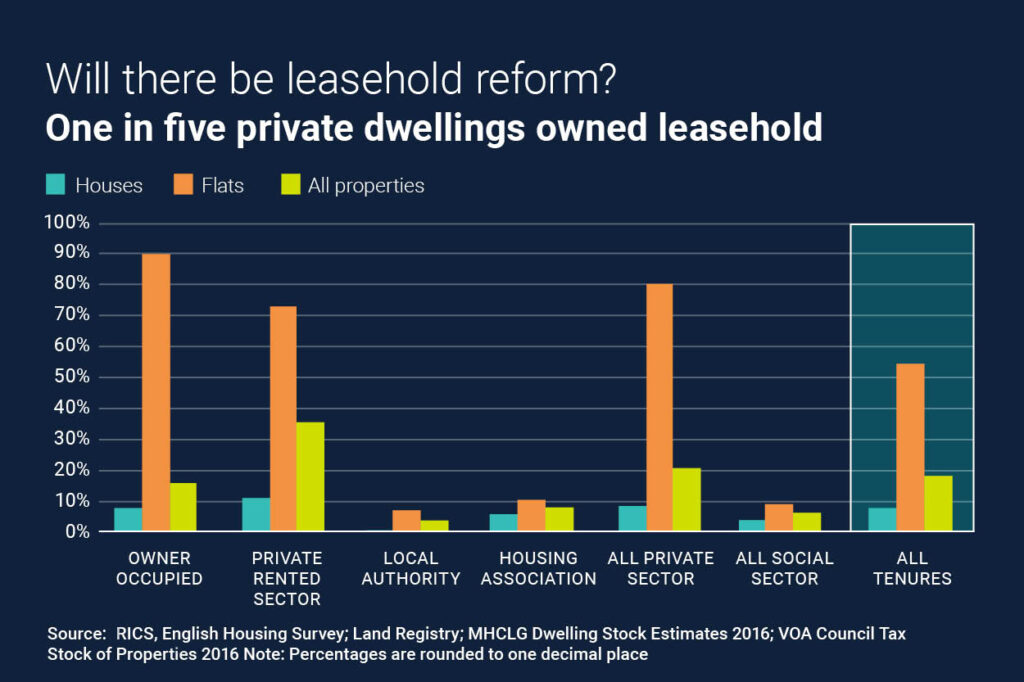 On an annual basis, close to one quarter of all residential transactions are of leasehold properties, and 42% of all new build purchases.

The committee also recommends a cap on ground rents of £250 per annum (with no future link to RPI) and is in favour of the introduction of a standardised key features document, to be provided at the start of the sales process to any prospective purchasers.

If introduced, the effect on the property market of such sweeping reforms could be profound, especially in the prime central London apartment market.

As we reported last month; the coming weeks are traditionally some of the busiest in the property market. Whilst there appears to be some form of delayed spring bounce the market is far from free flowing.

Fragile consumer sentiment and lack of stock for sale are likely to remain ongoing headwinds for some months to come, particularly in the equity rich prime market, where sellers are far more discretionally led on their timing to sell.

Differing perceptions between buyers and sellers on what represents ‘good market value’ is increasingly becoming subjective rather than logical in what can be best described as a cautious, yet competitive market.