We outlined last month how several imminent key events were likely to shape the market over the coming months. As a result, something of a hiatus existed pending clarity on key policy announcements.

To the surprise of many commentators, the Bank Base Rate was held at 0.1% last week. The Chancellor’s Autumn Statement also left the residential property market unaffected.

The Chancellor described the economic picture as “strong” in the short term, with the Office for Budget Responsibility expecting the economy to return to pre-pandemic levels 6 months earlier than expected.

Despite speculation that the ending of the stamp duty holiday in September might have supressed activity levels, house prices have continued to rise.

Both Nationwide and Halifax recorded historically high average values last month, with Nationwide saying that a further 0.7% monthly increase takes the average value of a property to over a quarter of million pounds for the first time.

For a fourth month in a row, Halifax recorded an increase, which in October was 0.9%, pushing the average property price to an all time high of £270,027. 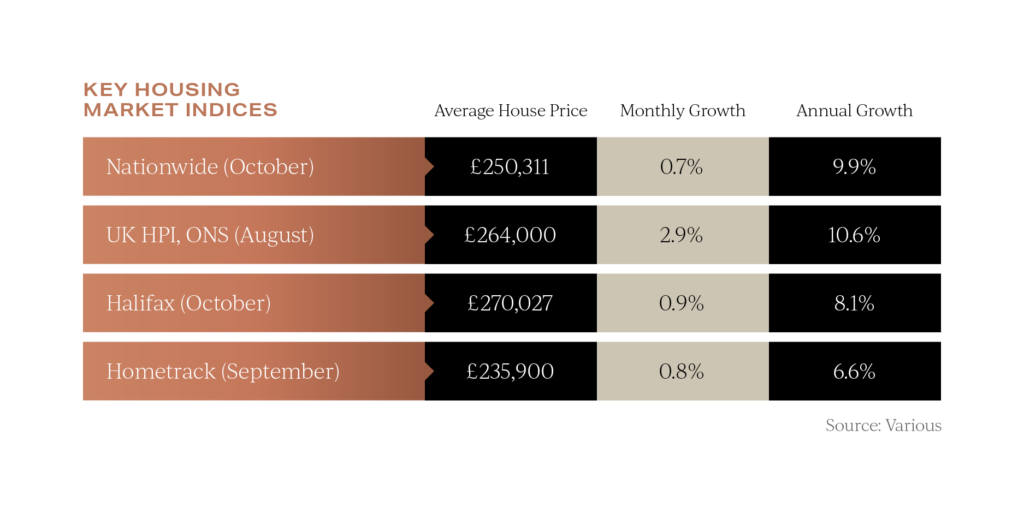 ONS also published its latest data last month, recording a monthly jump in average property values of 2.9%, but due to their data lag, these figures relate to August at a time where the stamp duty holiday was still injecting further pace into the market.

By any measure, the latest price data highlights that there remains a uniform trend of property values continuing to rise across the UK.

A change of altitude

Whilst the aforementioned price data remains positive, the nature of such data reflects what has happened in the market rather than what is happening. Across Garrington’s operating areas around the UK we are seeing early signs of a tempering in market conditions.

With data fed from 18,000 property professionals from across the UK, Propertymark’s latest House Price Index provides a useful snapshot of an emerging trend, recording that the number of properties achieving sale prices over asking price dropped to 27% in September from 37% in August 2021. 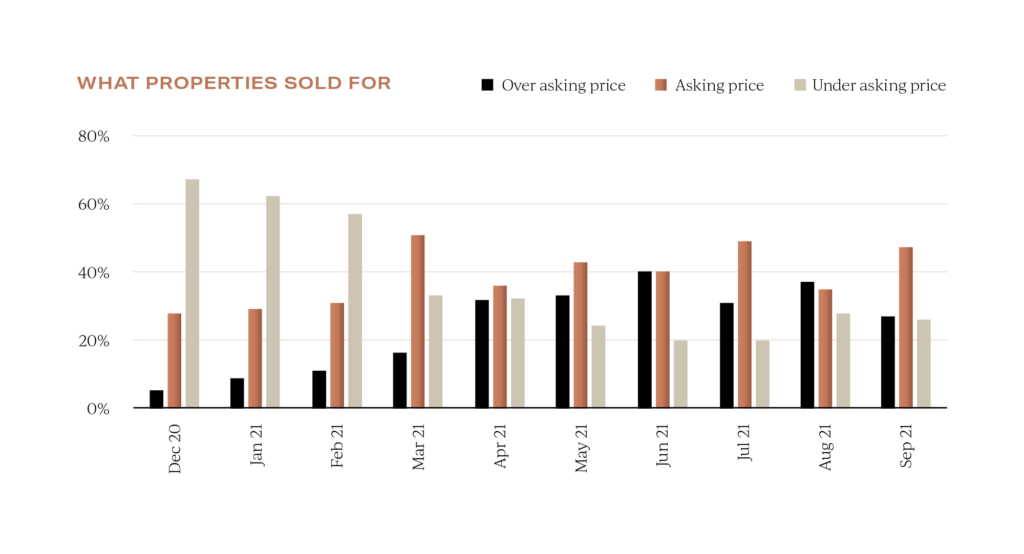 During the same period new buyer registrations rose by 5%, with Propertymark members and estate agents remaining busy as thousands of would-be buyers continue looking for homes. In the prime market, agents are reporting buyer registrations being 27% above the 5-year average for the time of year.

This all reflects a picture Garrington is seeing; the market remains robust but far less frenzied in nature than seen over the last 12 months.

The Base Rate is expected to rise in the ‘coming months’ as the Bank of England acts to control rising inflation, but this is unlikely to immediately impact mortgage borrowing costs, with an estimated 80% of borrowers on fixed rate deals.

However, those wanting to move are acutely aware that the availability of historically low mortgages cannot last forever and therefore the window of opportunity to secure such a product, and with it more affordable ownership costs, may soon be ending.

Two of the standout trends Garrington has seen so far this autumn are rising levels of activity in both the London and property investment markets.

London has lagged behind many other parts of the UK over the last 12 months with the noticeable absence of international buyers on which it has become so reliant. 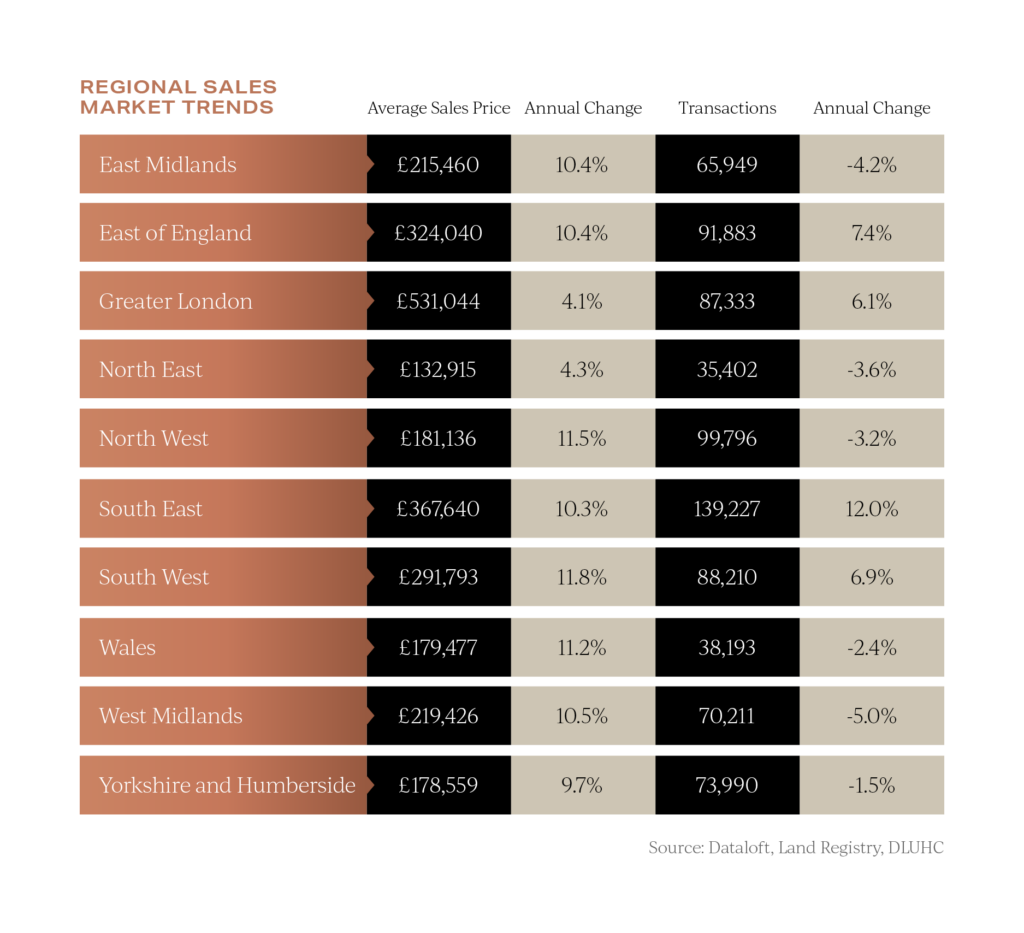 With travel corridors now opening, buyers are out in force. In what could become an ironic self-fulfilling prophecy, part of this buyer demand is being driven by fear of not wanting to miss out on what may mark the end of lethargic price growth and sales activity in the capital.

Garrington’s London team is exceptionally busy with both domestic and international activity rising, resulting in deals being agreed across the capital in a wide price spectrum.

Property investors are also making a noticeable return to the market, both in London and regional markets.

The availability of low interest rates and positive 5-year price forecasts are all adding to the allure of property investment as a leveraged hedge against inflation.

Equally enticing is that the UK average monthly rental has seen an annual increase of 7.5% and is now higher than pre-pandemic levels. 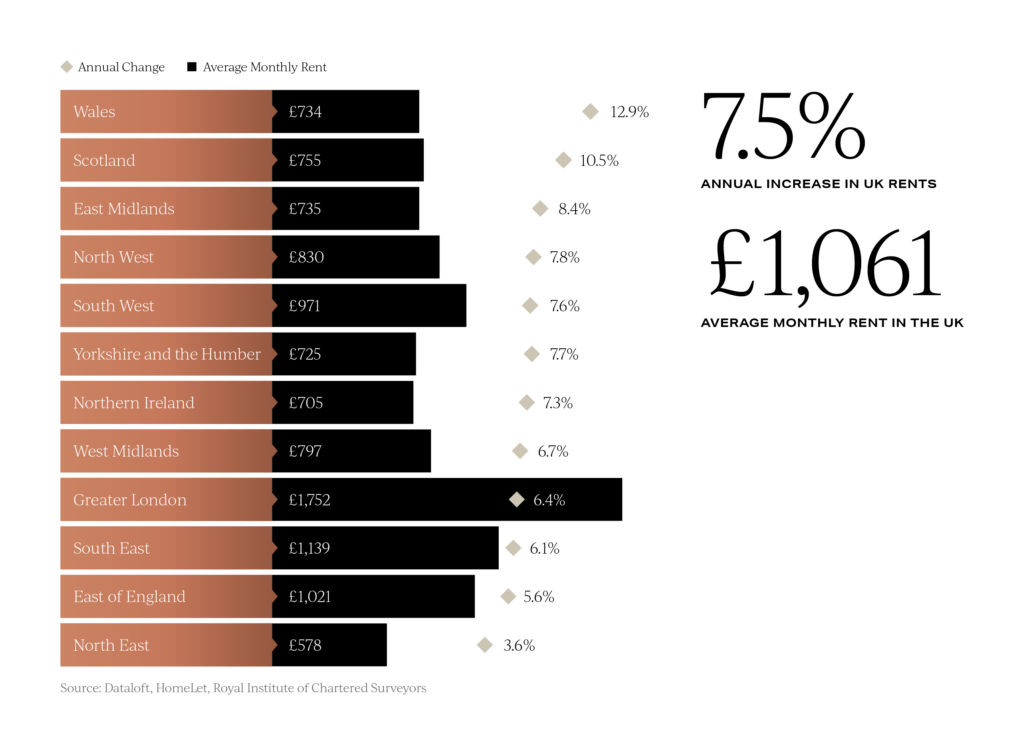 Wales has seen the largest annual increase in monthly rental at 12.9%, followed by Scotland at 10.5%, and then the East Midlands at 8.4%. Nationally, rental growth forecasts for the next 12 months are slightly above 3%.

Over the next five years, rents are forecast to increase by 4% per annum across the UK according to RICS.

Confidence is also returning to buy-to-let from existing investors. In Shawbrook’s latest research, two thirds of landlords said they are positive about their portfolio’s prospects in the next year.

According to Paragon, 78% of the investors it recently interviewed said that they are planning to expand their letting business and acquire more property.

The near-term prospects for the property market remain strong. Factors such as interest rate rises and high levels of unemployment which historically created significant headwinds do not currently pose the same level of risk to the economy and consumer confidence.

Akin to the season, there is certainly a ‘wind of change in the air’ though, but this currently appears to be a gradual not dramatic change to the next normal.

With it will come new opportunities and threats, but currently looking forward to the end of the year, the property market looks set to finish 2021 as it began; brisk, with a stock shortage and rising prices. 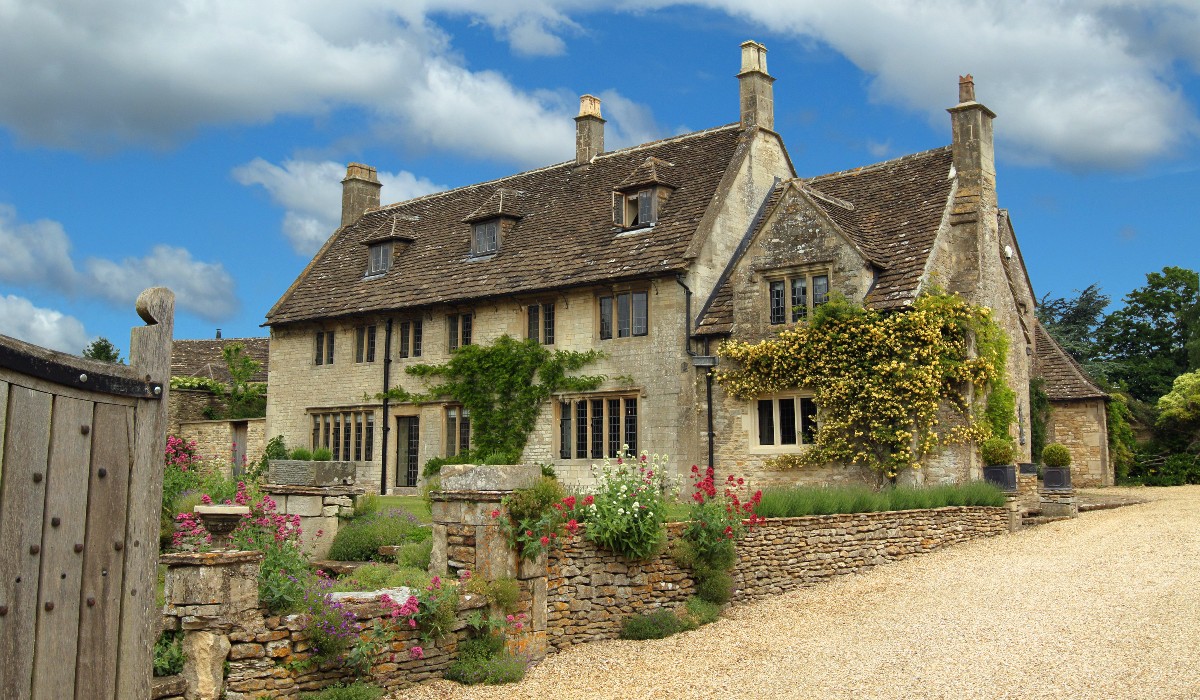 Buying a new build vs Buying a second hand home 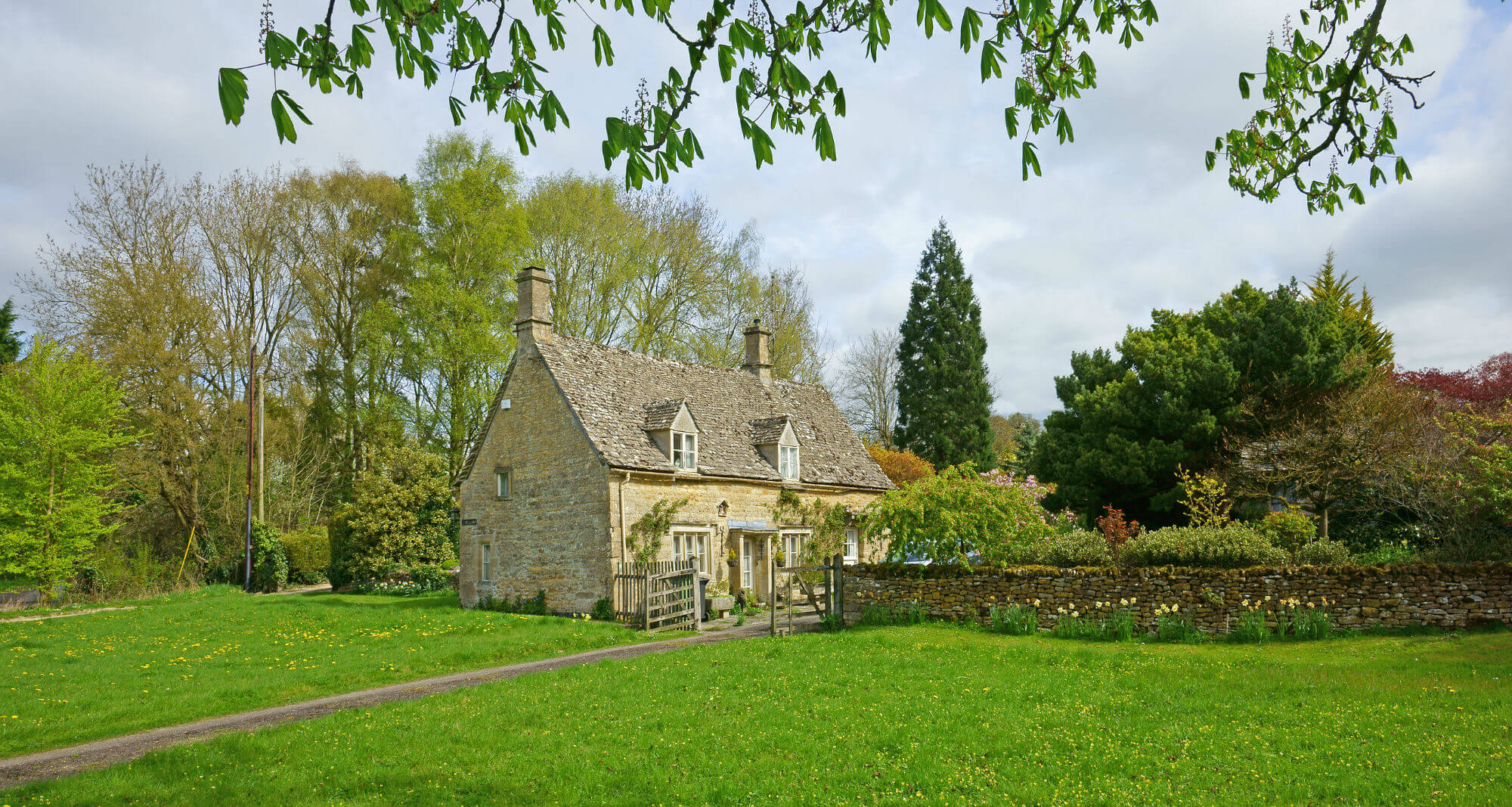 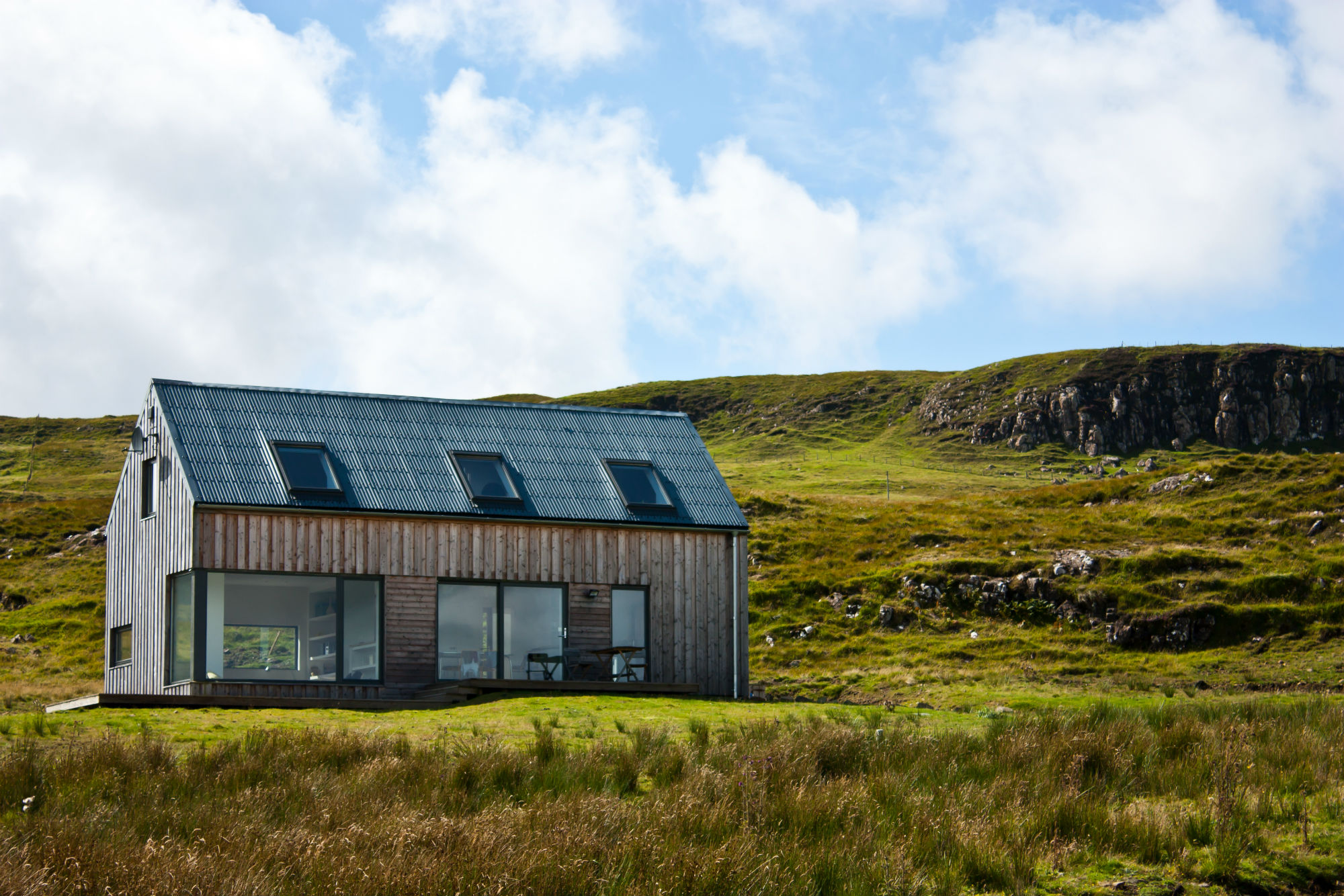 Hi-tech homes: What is the future for property construction and technology? 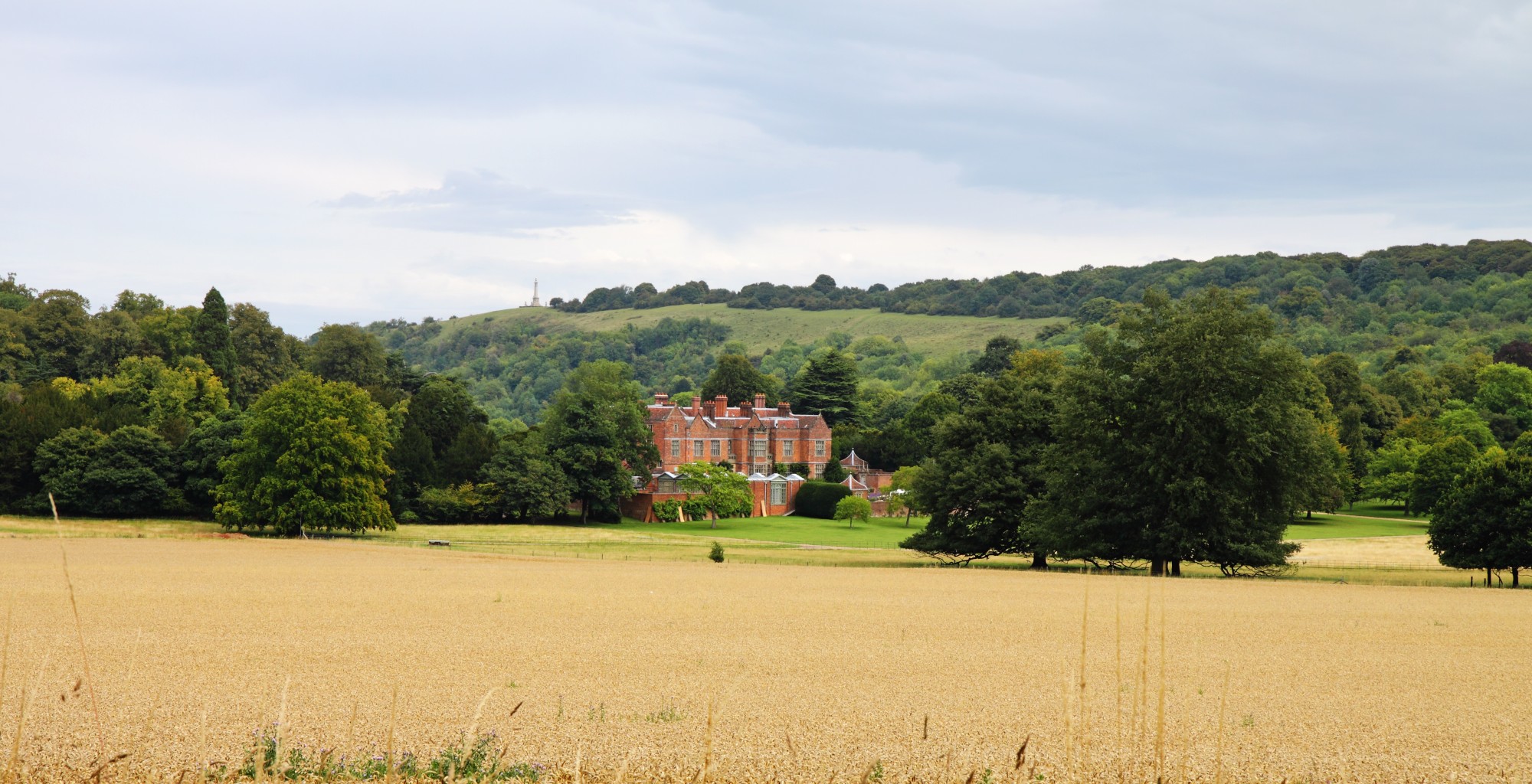 Luxury properties – What defines a ‘special’ home? 12 features you can expect to find